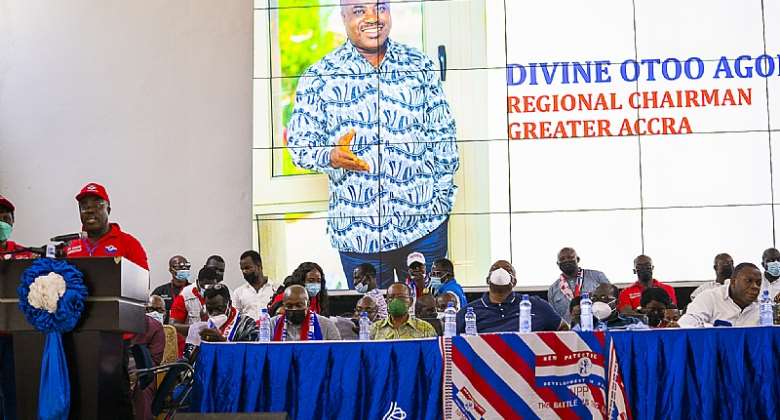 The Greater Accra Regional Chairman of the ruling New Patriotic Party (NPP), Divine Otoo Agorhom has given the strongest indication of the party's readiness to maximize its votes and recapture all parliamentary seats it lost to the National Democratic Congress (NDC) within the region in the December 7, 2020 general elections.

Speaking at the Greater Accra Regional Delegates Conference on Thursday, October 14, 2021, Mr. Agorhom noted that despite several challenges which caused the party to lose seven (7) out of its twenty-one (21) seats in the region, it stands a better chance of recapturing all lost seats provided party members are ready and able to bury their differences, stay focus and work together.

He assured party members of his preparedness as the Regional Chair to lead the charge in working hard to re-mobilize and re-energize the base of the party in Greater Accra in order to win more seats in next year's election.

"The battle of 2024 is in earnest and victory, though beckoning at us, will require hardwork, dedication and most importantly unity amongst all of us. The Greater Accra region is poised to recapture and secure all seats it lost in 2020. We will retain power and recapture all lost seats," he said.

Other speakers also pledged their support for the Regional Chairman's clarion call and admonished party faithfuls to desist from acts that had the tendency of sending the party into opposition.