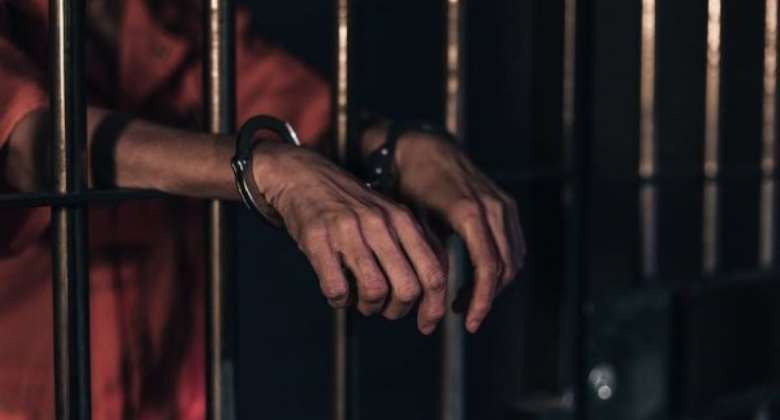 A barber who defiled and abducted a 14-year-old girl to Tarkwa has been sentenced to seven years imprisonment by an Accra Circuit Court.

Enock Asomani charged with defilement and abduction, pleaded guilty and the Court convicted him on his plea.

This was after the Court presided over by Mrs Christina Cann through an interpreter of the court, had asked him several times whether he understood the charges and the plea.

Asomani, aged 18, told the Court that whiles the victim was with him, he had sex with the victim every morning and afternoon.

Prosecuting Police Chief Inspector Kofi Atimbire said the complainant was the father of the victim.

Police Chief Inspector Atimbire said the accused and the complainant were neighbours, residing at Tse-Addo, a suburb of Teshie, near Accra.

Prosecution said during February this year, accused started a sexual relationship with the victim and the situation continued until October 5, this year.

The Prosecutor said on October 5, this year, Asomani abducted the victim and took her to Tarkwa in the Western Region until October 10.

Prosecution said when the victim was abducted, a report was made to the Police at Teshie.

However, the victim managed to call home and alerted the complainant that accused had taken her to Tarkwa.

Chief Inspector Atimbire said the complainant on hearing that traced the accused to Tarkwa and through the assistance of the Tarkwa Police, accused was arrested in his father's house.

Prosecution said the victim disclosed to her father that whiles at Tarkwa, accused had countless number of sex with her.

Chief Inspector Atimbire said accused was escorted to the Teshie Police Station and he was handed over to the Domestic Violence and Victims Support Unit ((DOVVSU) for further investigations.

A police medical report form was issued to the complainant to seek medical care for the victim and full report was submitted on the victim.