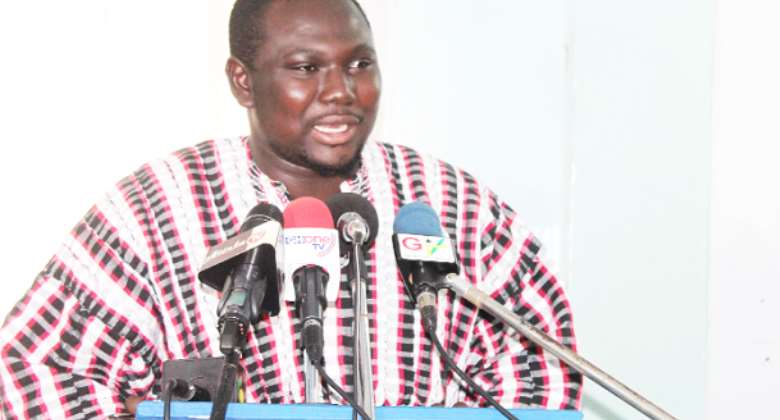 The Chief Executive of the Chamber of Entrepreneurs Sherif Ghali has bemoaned the repeated mistakes successive governments make in formulating policies targeted at the youth.

“You cannot create a policy for me to support me to grow a globally sustained business when you do not involve me. It doesn’t work anywhere,” he stated emphatically.

Referring to a nationwide survey the Chamber has conducted, Mr. Ghali noted that one of their findings was that 60 percent of the responses indicated that young people lack the needed capacity to run and grow sustainable businesses.

He noted that although access to finance was second, the major factor was the capacity to run or to be able to grow sustainable business.

“So if I am a government and I’m developing policies, I should understand that there is a need for these young peoples’ capacity to be built. If you don’t build my capacity and you give me one million dollars, forget it, at the end of the day he will still go back and he will not give me any result.

“So we need to sit with the key stakeholders or the young people, get to really understand what they want and set up the policies that will support them. When you get up and you say youth fund, one million fund, those things are things that sometimes I find it difficult to fathom,” he noted.

Aside that, Mr. Ghali noted that, even though youth entrepreneurship is one-way of getting young people jobs, it is not the panacea to solving the youth unemployment issue but supporting young people who are already doing business.

“You have young people that have strived in their homes to set up businesses, to set up offices, what the government can do is to identify these young people, build their capacities and let them grow so that they can employ more and these people too can learn under them since it is not everybody who can be an entrepreneur,” he stated.

He was sharing his view on Joy News’ Joy Business News on Monday afternoon on the call by Ghana’s Finance Minister on Ghanaians to start their own businesses since government’s payroll is full.