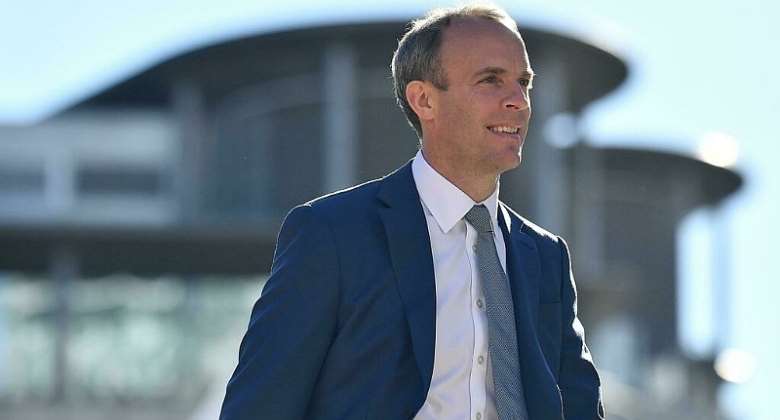 Britain's justice minister on Sunday presented plans to change key rights legislation to stop the European Court of Human Rights (ECHR) from "dictating" to the UK. His proposals have been met with sharp criticism from opposition MP's and human rights activists.

Justice Secretary Dominic Raab said in an interview with The Sunday Telegraph that the ECHR was demanding too many "obligations on the state".

The UK Human Rights Act passed in 1998 incorporates the European Convention on Human Rights into UK law. This was not directly impacted by Brexit as neither the Convention nor the court are part of the EU.

The minister, himself a lawyer, said he is formulating a mechanism to allow the government to introduce ad hoc legislation to "correct" ECHR judgements when British ministers believe they are "incorrect".

Raab, who served as foreign minister until a September reshuffle, announced an overhaul of the UK rights act at the Conservative Party conference this month, calling it "nonsensical".

He said at the time that the reforms could be achieved without the UK pulling out of the European Convention on Human Rights.

There was strong criticism of Raab's remarks.

Scrapping human rights protections because you don't like abiding by the law, all while the justice system crumbles. The new justice secretary shows his true colors," tweets David Lammy, a Labour MP and shadow Justice Minister.

Raab cited cases in The Sunday Telegraph where foreign criminals have avoided deportation by citing their right to family life under the rights act.

He also listed obligations imposed by the ECHR on military operations overseas and complained that under the current rights act, judges are required to take into account ECHR decisions when considering cases involving institutions such as the NHS state-funded health service.

Jolyon Maygham, founder of the anti-Brexit Good Law Project, an anti-Brexit NGO, tweeted that "forty-seven countries have signed the Convention for the Protection of Human Rights and Fundamental Freedoms. It sets out universal protections a people should have from their Government. What sort of a Government would seek to remove them? And why?"

Raab said he expected his planned reforms to be submitted for consultation in the next two months.

COVID-19: Government to announce more measures ahead of Chri...
26 minutes ago