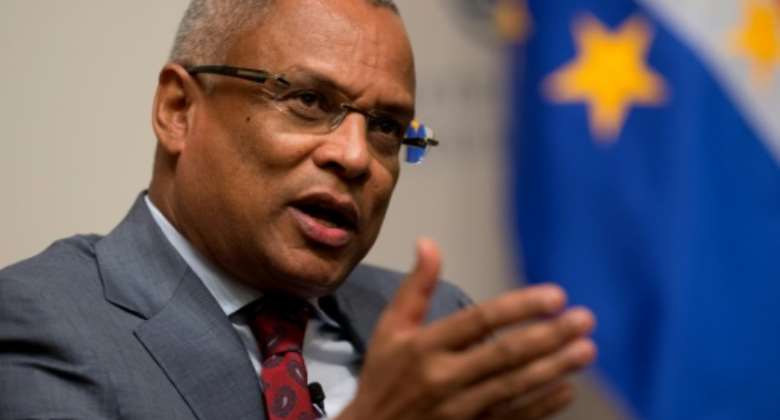 Cape Verde's new president garnered nearly 52 percent of the votes, enough to win a straight victory in the first round. By SAUL LOEB (AFP/File)

Left-winger Jose Maria Neves vowed on Monday to work together with his centre-right prime minister after winning the Cape Verde presidential election in the first round of voting.

Neves garnered 51.7 percent of the vote. according to provisional results published on an official website. A first-round absolute majority means the election did not need to go to a second round run-off.

The 61-year-old, who served as prime minister of the tiny west African nation between 2001 and 2006, ran for the opposition African Party for the Independence of Cape Verde (PAICV), which ruled the former Portuguese colony when it was a one-party state.

"I will be the president of all Cape Verdians, I will be an impartial arbitrator, a controller of government action, an instrument to resolve conflicts," Neves said.

He underlined he would "work with the government, the local authorities, the unions and all the Cape Verde nation so that together we will meet the challenges we face."

The tiny west African nation, battered by the Covid-driven slump in global tourism, had to deal with "difficult time" and "enormous economic challenges", Neves said.

Prior to the pandemic, visitors accounted for a quarter of the economy for the volcanic archipelago of half a million inhabitants lauded for stable government and smooth democratic transitions of power.

But GDP shrank by 14.8 percent last year and many hotels and restaurants closed as coronavirus fears and restrictions kept hundreds of thousands of visitors away.

Inflation is another concern, with the price of water and electricity soaring 37 percent this month.

However the African Development Bank predicts growth of 4.6 percent for Cape Verde this year.

Veiga was the candidate of the centre-right Movement for Democracy (MpD), which has a majority in parliament and counts Prime minister Ulisses Correia among its leading lights.

The left-wing president and the centre-right ruling party have to find a way to cooperate politically or co-habit.

And after Neves' vow to work with the government, Correia made a similar pledge.

'Do everything for cohabitation'

"The people of Cape Verde have made their choice," he told AFP.

Prior to the pandemic, visitors accounted for a quarter of Cape Verde's economy. By Seyllou (AFP/File)

"Now I will do everything so that cohabitation with the new president goes well and so that Cape Verde continues to improve in terms of stability and development."

Between them, the two parties have run the country since it won independence from Portugal in 1975.

Under Cape Verde's semi-parliamentary political system, the prime minister has executive powers while the president acts as arbiter.

Neves will be sworn into office five days after official elections results are published, which is expected within a few days.

They were uninhabited until the 15th century when Portuguese traders brought in slaves from the African mainland.

The country is ranked second for governance in Africa on the index drawn up by the Mo Ibrahim Foundation, after Mauritius.

Since Cape Verde staged its first free elections in 1991, it has never recorded any violence linked to elections.