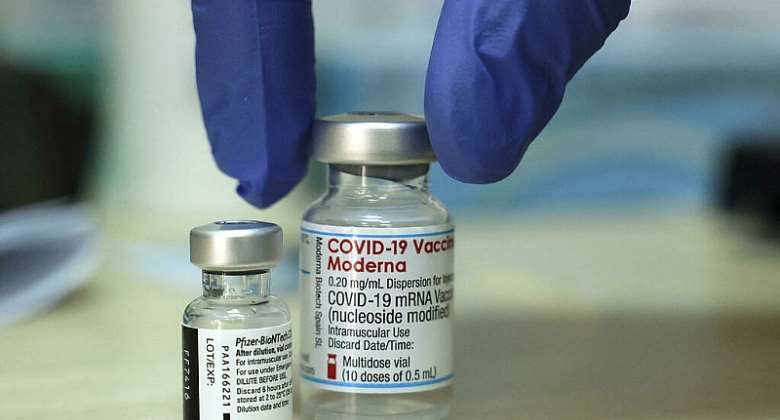 France's High Authority for Health decided on Friday not to inject the innoculation developed by Moderna for the country's booster vaccination campaign. RFI looks at the reasons behind the move.

The French health regulator decided on 15th of October to no longer allow the Moderna vaccine to be injected as a booster dose against Covid-19.

Only Pfizer-BioNTech's vaccine is used for the booster campaign henceforth for over 65s, immunocompromised people and their relatives, people at risk as well as health workers.

If Moderna had been used until now, the health authority (HAS) did not question its use "in order not to disrupt current campaign".

At the beginning of the month, Sweden and Finland suspended the use of Moderna for those under 30.

Denmark and Norway formally advised against Moderna for people under 18, while Iceland suspended the use of the US laboratory's messenger RNA vaccine as a booster dose altogether.

This follows concerns about the possible risk of inflammation of the myocardium, the heart muscle, and the pericardium, the membrane covering the heart.

According to the Swedish authorities, most of these inflammations are benign and pass on their own, but medical advice is recommended if symptoms occur.

In a press release the HAS said: "In any case, these <[a target="_blank" rel="nofollow" href="https://www.cdc.gov/coronavirus/2019-ncov/vaccines/safety/myocarditis.html">myocarditis and pericarditis] remain rare and spontaneously resolving in almost all cases."

No green light from EMA

Usually, High Authority for Health waits for the opinion of the European Medicines Agency (EMA) before deciding on administering a vaccine in France.

The EU regulator is due to give its decision on the use of Moderna as a booster at the end of October.

Speaking to Le Journal de Dimanche weekly, HAS president Dominique Le Guludec, said: "This will determine the target population for these injections and the quantity of product required."

Also for the authority, there is no reason to make an emergency decision on the use of Moderna as a booster dose since the health indicators in France remain positive.

According to figures from Santé publique France as of 16 October, the number of hospitalisations is down, with 6,437 people hospitalised due to Covid-19.

An average of 4,679 new cases were recorded over the previous seven days.

This is in line with the target set by Emmanuel Macron in his speech on 24th of November 2020 to lift the conditions of the then containment and control the spread of the epidemic.

Since France can count on the delivery of doses of the Pfizer-BioNTech vaccine, it can bide its time before Moderna booster shots can put accepted on the market.

In all countries where the Moderna vaccine has been suspended, the Pfizer-BioNTech vaccine has taken over.

Since the beginning of the campaign, 74% of the French population has been fully vaccinated.