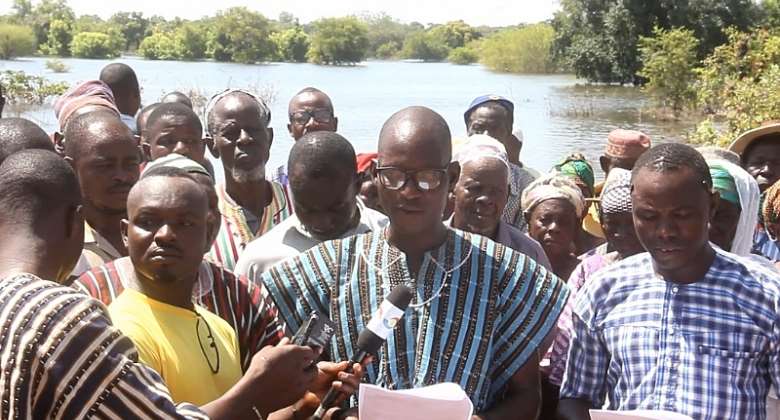 The youth and residents of Gagbiri, Zambala and Kuka-Zuli in the Tempane District of the Upper East Region are appealing to government to construct a bridge over the cut off road between Garu and Gagbiri in Tempane to avert the loss of lives and property.

According to the residents, the only road that connects the four electoral areas and several other communities has been flooded due to excessive water from the Tamne dam.

The convener of the youth group, Akudugu Edmond, said the people of Gagbiri, Zambala and other adjoining communities are totally cut off from the largest market in Garu.

According to Edmond, women and school children had to use the long alternative route to Garu which many are unable to access especially the aged.

They also demand that households that were not originally earmarked for relocation and have flooded should equally be relocated.

Immediately withdraw your directive to Goil; it's dangerous ...
36 minutes ago