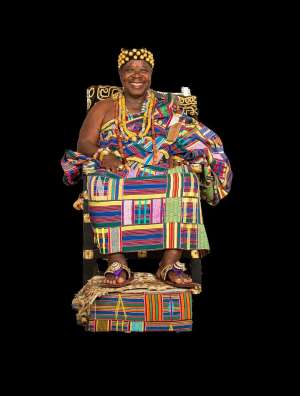 The traditional leaders of the Agotime Traditional Area have announced that the funeral rites of the deceased paramount chief, Nene Nuer Keteku I will take place from Friday, November 12, to Sunday, November 21, 2021.

The funeral will span a period of 10 days with series of customary and traditional activities by all 37 towns and villages of Agotime, Ghana, and Togo.

In line with his status, the "grandest" firing of musketry in recent memories by War Lords of Agotime will take place on Friday, November 19, at 9am at the E.P. JHS Park, Kpetoe.

This will be followed by a royal funeral and burial service on Saturday, 20th November 2021 at the same venue and time.

In attendance will be Government Ministers, Members of Parliament, Chiefs and Queen Mothers from around the world, as well as Citizens, and friends of Agotime from the diaspora.

Nene Nuer Keteku I will lay in State for three (3) days. Public viewing of his remains by "dignitaries" will start from Friday, November 19, at 9am under strict traditional protocols.

As Custodian of Ewe Kete, his regalia will include a 425-year-old piece of Agbamevor (Kete) from the Royal Heirloom of the Akumase Clan of Agotime.

Find more details of the funeral arrangement in the press release below: