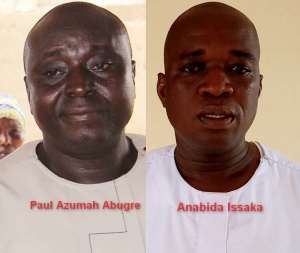 The President's nominee for Tempane District, Paul Azumah AbugrI has been replaced with Anabida Issaka.

This was after Mr Abugri who was reappointed by the President failed to secure the two-thirds majority to retain his position as the DCE.

He had 11 YES votes against 13 NO votes with one rejected ballot.

The nominee votes represent 44% of the total number of 25 votes cast which simply means that he failed to cross the pass mark of 50% to qualify for second round of the confirmation exercise hence his replacement.

A date is yet to be set for the confirmation of the new nominee at Tempane.

Until Anabida Issaka's nomination, he was a tutor at Tempane Senior High School and Tempane Constituency Secretary of the NPP.

At Garu District, the President's nominee Osman Musah who was rejected by the Assembly members in his first round of confirmation was later confirmed in the second exercise.

Mr Osman Musah had 10 YES votes against 8 NO votes with 1 rejected ballot falling short of the two-thirds majority needed to confirm him.

However, in his second round of confirmation, Osman Musah had 15 Yes votes as against 4 NO votes to be confirmed as DCE.

The Upper East Regional Minister, Stephen Yakubu, who has been supervising the elections across the region was grateful for the number of MDCEs confirmed.

The region has 15 administrative Municipal and District Assemblies. 14 out of 15 Assemblies confirmed with Tempane outstanding.