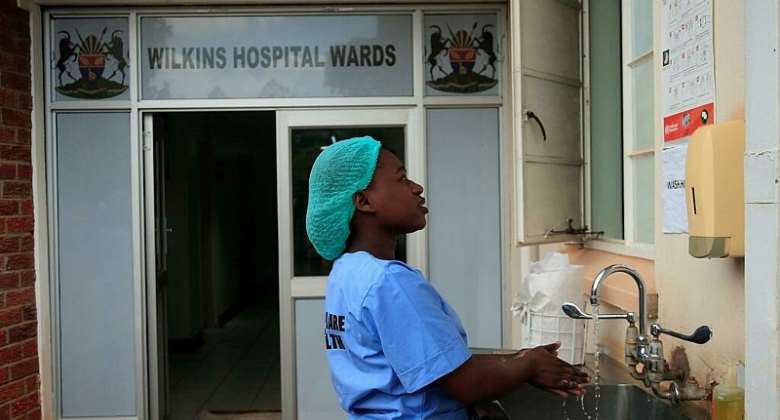 Zimbabwe's six central hospitals are sorely in need of funding, and yet money is available, according to Zimbabwean investigative journalist Hopewell Chin'ono.

“In terms of vaccination, the government has tried – we used Chinese vaccines,” says Chin'ono on the sidelines of the Africa-France Summit in Montpellier this month.

“Unfortunately they're not recognised internationally, so when we travel we have to quarantine for seven days, which costs a lot of money,” he said, speaking to RFI after getting a PCR test on the grounds of the summit.

And while this is an inconvenience, he pointed out that in Zimbabwe, Covid-19 has claimed lives because hospitals are either not equipped, or there are not enough beds.

He was arrested twice last year for his work on the Zimbabwe graft scandal that forced health minister Obediah Moyo to resign.

“There was a US$60 million facility for Covid-19 to buy Personal Protective Equipment (PPEs) and gloves for nurses and doctors, and that fund was being looted,” he said.

“Political elites in the ZANU-PF ruling party and the government would get a contract without a tender, and they would, for instance, buy gloves at 65 cents and sell them for US$28,” he alleged, adding that doctors and nurses have to reuse disposable masks because they don't have access to masks on a regular basis.

Fast forward to what's happening in hospitals today, and the situation is dire, he said.

“The biggest hospital, right now, as we speak, does not have intravenous paracetamol,” he said, adding medication is hard to come by.

Out of the two maternity theatres, which were built in 1977, only one is working, as 2,500 women die each year trying to give birth, he maintained.

“That is a tragedy. And that is the background of my reporting, trying to show citizens that the money is available but is being looted,” he said.

Chin'ono, whose previous work included a documentary on mental health issues in the country, said that with $50 million, all six hospitals could run for a year, including maintenance for the equipment and medication.

“But the government is failing to do this – $100 million worth of gold is smuggled out of the country every month. It means what could be running our hospitals for two years is being stolen every month,” he added.

Investigating abuses such as this, be they fiscal or human rights oriented, are extremely difficult under President Emmerson Mnangagwa's regime.

“I was thrown into prison for merely reporting that there's going to be a protest,” he said, even though those journalistic privileges are protected under the Zimbabwean constitution.

Although Mnangagwa repeatedly told Zimbabweans and the rest of the world that the country is 'open for business', it's his style of business: “repression, the use of violence, killing protesters, throwing journalists and critics into prison, dismantling the opposition and creating his own fake opposition, removing elected opposition members of parliament,” said Chin'ono.

Mnangagwa promised to restore human rights after he took out dictator Robert Mugabe in a coup d'etat in 2017.

“We haven't seen that – in fact, the human rights situation is now worse than it was when Mugabe was removed,” he said.

“And that's a terrible indictment if you're worse than Robert Mugabe."