Insecurity and agony of untimely deaths 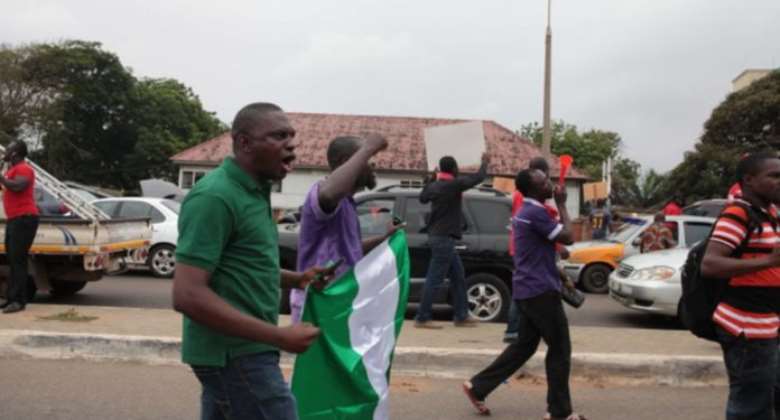 On Wednesday October 13, 2021, the progressive and peace-loving communities of Ajalli (Ujari) in Anambra State of Nigeria and their friends came together to extend final rites of passage and held Christian service of songs.

It was the first day of the transition towards burial of one of the two of its indigenes impacted by the violent attacks of Thursday September 30, 2021 at the Nigeria Police station at Ajalli (Ujari).

The events of that day led to the untimely deaths of two of its sons, Okechukwu Nwafor and Obumneme Chigozie Mbonu Okafor.

Five police officers were reported to have been killed, too.

Obumneme who was only 38-years old was buried on Thursday, October 14.

It is important to underline the fact that no one, to this day, has said or presented any evidence that the attackers and attacks came from the blessed town of Ajalli (Ujari).

Besides the two men who were killed by the “unknown gun men”, the communities of Ajalli (Ujari) have also suffered a number of untimely but unrelated deaths, including three of my cousins: Uzochukwu Hubert Iheukwumere (Nwangwu), Obidigbo Otti and Ndubueze Otti.

There’s the sudden death of my dear friend and fellow member of the Beta Sigma fraternity of the University of Nigeria Nsukka (UNN), Obinna Onuogu.

A few days ago, I looked at the USAfrica International News Index for Ajalli (Ujari), from September 30, 2021 to October 12, 2021. It’s a crimson red news index, of blood, of insecurity, of the police, the unknown gun men and deaths!

With agony and angst, it is awash with touching tributes and mournful comments. I read heart-breaking lamentations and spoke to and heard the cries of some my kith and kin, kinsmen and women — especially the very hard-working youth of “Ujari koko obasi.”

Across social media platforms, family meetings, age grades, traditional groups and the civic leadership of Ajalli (Ujari), continue to express the fact that the community is in pain….

They have been picking up the pieces, of the shards of their wounded, mournful hearts and communal spirit. Understandably, they continue to mourn as they have been overcome by grief.

Inclusive of and beyond the devastation of siblings, friends and extended family members from the violent events of September 30, our extraordinarily blessed Ujari seems determined and resilient to move forward.

Yes, I do believe that soon, hopefully soon, our Ujari will climb out of this valley of darkness, seasonal schisms and return to the path of its deserving destiny.

I believe it’s a glorious destiny that can only be achievable, as a community of righteousness, of factualness and truthfulness, of inclusiveness and conciliation, united in purpose! *Dr. Chido Nwangwu, author of the forthcoming book, MLK, Mandela & Achebe: Power, Leadership and Identity, serves as Founder & Publisher of the first African-owned, U.S-based newspaper on the internet, USAfricaonline.com, and USAfrica magazine; he established USAfrica in 1992 in Houston. He has appeared severally as an analyst on CNN, SKYnews, South Africa Broadcasting Corporation (SABC), Voice of America, etc. He served as an adviser on Africa business to Houston’s former Mayor Lee Brown. Follow him on Twitter @Chido247

More Feature Article
ModernGhana Links
We congratulate our gallant farmers
Akuapem Poloo deserves her custodial sentence
Retailers Earning More Than Farmers
A Quick Note To B-BOVID's Workers And Smallholder Outgrower Farmer-Stakeholders
Married Women Compete With Single Women For Bachelors
For what shall I compare the so-called eminent citizens of Kumawu?
Media General's claim of "egregious intolerance" unfounded
The Great Betrayal Of Ghanaians By The Political Elite – The 2022 Budget
Joe Wise Did Not Commit Any Illegality In Approving The 2022 Budget Statement
TOP STORIES

FIFA throws out SAFA’s protest case against Ghana after WC q...
46 minutes ago

Appropriate adequate funds for establishment of Ghana’s CDC ...
52 minutes ago