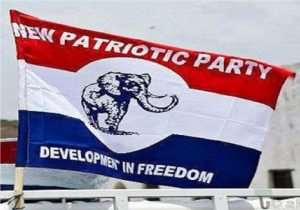 Political groups across the world, like the NPP, need loyal leaders and supporters. Members are inspired for success when leadership demonstrates loyalty. This is exactly what the NPP needs in 2024, and Mr. Steven Ntim possesses this holy quality. His election as national chairperson represents the NPP's willingness to break the eight-year streak.

Steven Ntim brings optimism to everyone he meets. His serene demeanor is founded in his optimism, and it radiates hope. Throughout his life, "Chairman Loyalty," as he is known in political circles, has been active in the organization of the New Patriotic Party in various roles. His dedication to party work, particularly youth and women's empowerment, is so ingrained in his persona that he continues to believe in the delegates and party members even after his unsuccessful chairmanship bids. Ntim is one of the most honest, joyful, and enthusiastic persons you'll ever meet. He prioritizes the interests of the party before his own.

Mr. Ntim's political activity dates back three decades. He has served in various positions since 1992, when he joined the Danquah-Busia Club, which later became the NPP. He is a veteran and a patron of the NPP family at national level. His breadth of expertise in party work is undeniable. From 2001 until 2005, he served as the National First Vice Chairman. Mr. Ntim has subsequently run for the chairmanship four times without success, finishing in second place each time.

Mr. Ntim's calm attitude reflects his optimism and commitment to the NPP's agenda. He is a hero that the NPP is proud of. Mr. Ntim never showed any signs of resentment after losing the chairmanship elections; he always continued to believe that the appointed time will come.

His consistency and confidence make him a courageous political sportsman. Even after losing elections, he continues to serve the party. Mr. Ntim, who is recognized for his indefatigability, serves on several party councils and committees. He is a natural leader.

Mr. Ntim continues to help the party's national, regional, and constituency organizations with logistical, technical, and financial assistance. His efforts have resulted in the NPP gaining a seat in the Volta Region.

Mr. Ntim embodies all the NPP requires to break the eight in 2024. The most important of them are his optimistic attitude and willingness to hold together the party's structures. He demonstrated leadership prior to the announcement of the list of MMDCE nominees. Many predicted the NPP's demise at the time, but Chairman Ntim's call proved prescient.

He said “Very much often, supporters of victors have the tendency to showcase their joy and overdo it. This has the potential to get supporters of the aspirants who weren’t successful angry. To those who may lose out now, know that the President can appoint one person at a time to man an assembly. If today you are not mentioned, do not see it as the end of the world or your political career. Just accept it, support the confirmation of the victor and together, help him or her to succeed for the greater good of the party in particular and the country in general.

It is painful, no doubt when you lose out in such instances after investing your time, energies, and resources in the party but failing to win this position, take consolation in the fact that others have also made similar sacrifices for the party but are yet to be rewarded. They will be rewarded in time and so will you. I entreat everybody to accept the decision of the President when the list comes out. It is for the good of the party as well as the country. Let’s strive to build a better party and that starts with accepting the outcomes of the committee’s work as submitted to the President for consideration.”

Dear Delegates and supporters, Mr. Ntim seeks your support to lead the NPP as national chairperson. You're not unfamiliar with him. He appreciates all of your help and encouragement. This is the moment for the NPP to be more united, and Mr. Ntim has what it takes to lead the party over the eight-year mark. Allah has spoken.

Immediately withdraw your directive to Goil; it's dangerous ...
35 minutes ago