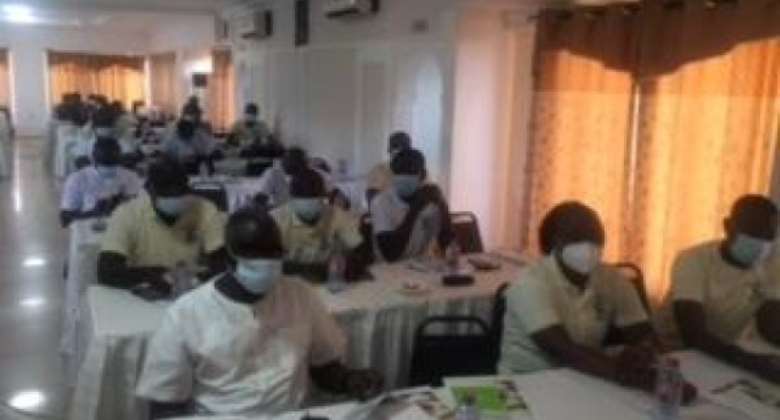 Members of the Senior Police Officers Course 41, on Saturday, organized a day's Biennial Conference at Dodowa in the Greater Accra Region.

It was attended by commanding officers on the ranks of Superintendent of Police from all police regions in Ghana to deliberate on issues affecting them.

It was on the theme “Crime Prevention, The Role of the Professional Senior Police Officer in Modern Democratic Policing.”

He urged them to study carefully and be polite to the citizens they worked with and take note of the language used on civilians and reminded them to talk to intelligent persons to assist them in their operations.

Speaking on robberies, he requested that each Commander should have a reliable informant and each informant must be adequately rewarded as they helped immensely in curbing robbery in cities and should be respected at all times.

On promotions, Commissioner Yohonu said the new Police Council would be inaugurated to look into their promotions and added that it would not be long and asked the officers to always think ahead on their retirement and start planning towards it.

On health, he asked the serving senior officers to take good care of themselves by exercising frequently and appealed to them to incorporate into their future conferences, health specialists to talk to them.

He appealed to all the Senior Police Officers of Course 41 to work hard to occupy higher positions of the police administration and promised that the current administration would work on their retirement to ensure that officers going on retirement would not wait for a longer period to get their benefits.