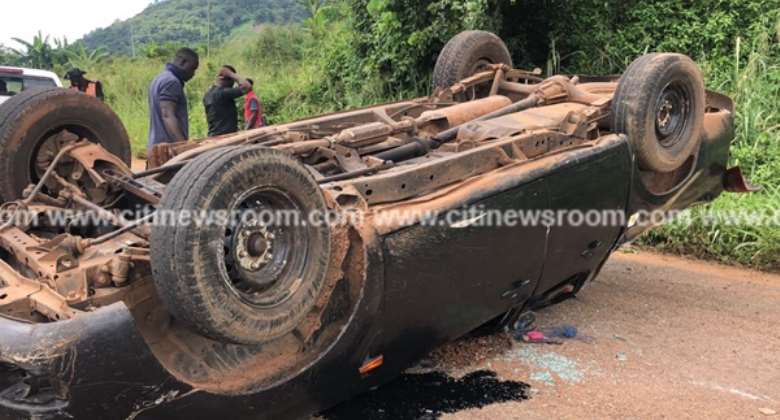 Two persons are dead after the vehicle they were travelling in was involved in an accident at Tsito along the Ho-Accra highway.

The incident involved a Ford pickup with registration number GE 2853-17, which was heading to the cemetery after a burial service of a former lecturer at the University of Ghana.

Four others also sustained various degrees of injuries as a result of Saturday’s crash.

Eyewitnesses say the driver of the Ford pickup was unable to avoid a pothole in a curve after an oncoming car showed up and fell into the pothole, leading to the car somersaulting.

Officials from the Ho West District Police Command, who were directing traffic during the procession, rushed to the scene to maintain law and order and also send the victims to the Ho Teaching Hospital.

Immediately withdraw your directive to Goil; it's dangerous ...
20 minutes ago