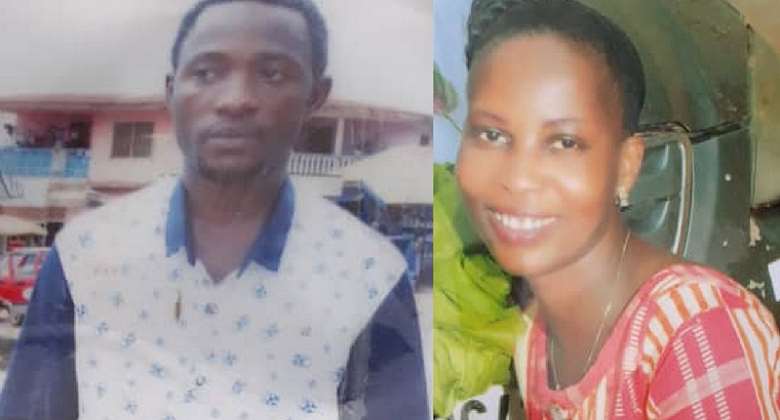 A 31-year-old pregnant woman has allegedly been stabbed to death by his husband in front of her six-year-old daughter following a scuffle between the two at Nyankyerenease in the Kwadaso Municipality of the Ashanti Region.

The deceased, Betty, according to eye witness was stabbed with a knife by her 40-year-old husband Maxwell.

Speaking to this reporter, the Landlady of the suspect, Madam Ama Nyarko said the two-month-old pregnant woman was murdered on Saturday, October 16, 2021.

She noted that a young girl in the house who heard the woman screaming for help rushed to their room only to see the deceased lying unconscious in a pool of blood.

The mother of two was rushed to the Okomfo Anokye Teaching Hospital but was pronounced dead upon arrival.

She explained that the couple have been in a good relationship for the past three days and for that matter was shocked at the sad news.

"The two have been living in peace, always moving together anytime they go out, we least suspected that the husband could actually stab Betty to death," she stated.

Madam Ama Nyarko further disclosed that the suspect took to his heels after the death of his wife was confirmed by doctors.

The matter has however been reported to police for investigation.