The Wicked, Unneutered, Malawian Caribbean man with a name that shouldn't resemble the pride land King

...a story of sexual assault by anonymous
By Akosua Tuntum Nahana 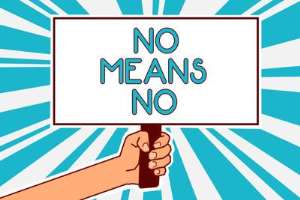 This story was told as a way for an anonymous victim to find their voice and to warn about demons in fine educated, and seemingly gentlemanly clothes.

"I met a sexually deviant man. He said he worked as a business consultant for one of the largest petroleum companies in the world. He was paid 60,000 after tax. He is half Malawian, half Caribbean and travels around different countries. He is not based in the countries he is from but based in the UK and spent some of his younger years in America. He's about 6 foot, with a circle shaped face, a normal build I guess and black. He was in his late 20s. He apparently goes to Church.

He has an undergraduate degree from Loughborough University and MBA from Warwick University. At first meeting, he seemed like a gentleman. I won't waste more words on that waste of space. I'm not even sure if half of what he said was the truth. Yet I want all women to be vigilant as he does travel across countries, for a good time sometimes. So if you find a guy with a similar story run not walk ( unfortunately some details cannot be shared in the article) His name cannot be mentioned for legal reasons but it's similar to the Animal King of the Jungle. His father and mother mistakenly made him think somehow he was a king, though he lacks the grace and majesty, the Kings of pride have.

So one night this wild beast coerced and forcefully demanded a massage when I told him we wouldn't be having sex. This wild beast decided that out of the 3 weeks we had been texting and talking he needed sex right away. Whether he is a jungle animal who is in mating season or just severely mentally repressed is the question. The beast is like some kind of unneutered animal. He said it was a gift for me, and he had done a lot of research on it. He also said he likes to plan everything in advance. I didn't know it was part of his sickness.

After expressing I don't have sex with people I hardly know. He said, "he is a man with needs." "Women only don't like sex because they haven't told the man what they wanted". So he used the sex toy on me coercively and started pouting like a baby when he saw I didn't want his sexual things. Yet he just continued to try and force something I didn't want. When he fingered me his hands felt like a razor. Then this dirty pig decided without permission to take his pants off, something I wasn't comfortable with and he actually even took everything off till it was left with his disgusting penis and decided to sit on me ( I didn't even realise that he had taking everything off to just be left with his nasty penis, until he sat on me) Then I found the strength to stop him in the act. He was angry like the dirty animal he is.

He said:
"Did you think you were the only one going to get pleasure?"

"It ruins the mood, if you ask before you do these things"

I had never felt so revolted. Thankfully he did not get his biggest wish to penetrate into me forcefully with his penis. I managed to stop him before that. It was clear all along he planned to have sex with me against my will.

I hope all the worst things in the world happen to him, from diseases to castration, to long term illness. I hope he suffers before he dies. I've cursed him over and over and over again to have the worse in life and erectile dysfunction. I hope God and the universe answers my prayers.