Does President Nana Akufo-Addo approve of the illegal methods in use to confirm Samuel Addai Agyekum as Kumawu Sekyere District Chief Executive? 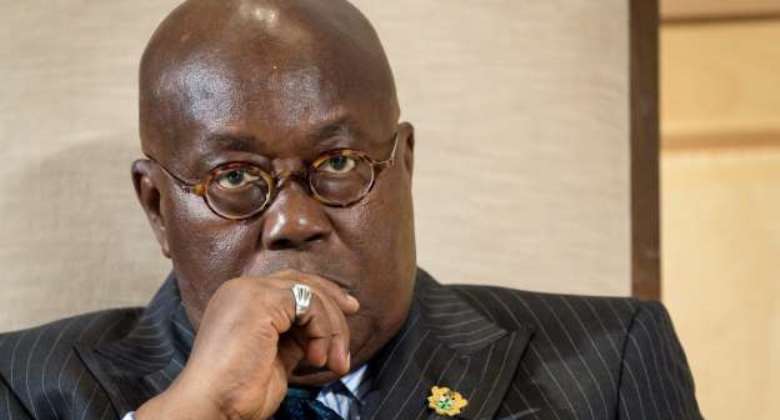 It is very unfortunate, if not a total disappointment, to see the New Patriotic Party (NPP) unrepentantly obstinately continuing to indulge in undemocratic behaviours that have not for once, but twice, cost them parliamentary seats. Are they jinxed to continually behave in that deplorable intransigent manner that has the potential to catapult them into opposition?

It is only a fool who does not mend their ways once they become aware of how harmful their ways and attitudes are.

According to a reliable information reaching me, and as confirmed by the attached audio message, the NPP leaders have stealthily resorted to having Samuel Addai Agyekum approved, whether or not the majority of the assembly members or the people of the district approve of it.

Why would the president of all people who believes in true democracy and its principles and applications, condone such an act which is in obvious violation of the fundamental human rights of not only the people of Kumawu Sekyere District but also, the assembly members?

Read More: Ashanti Regional Minister is putting words in the mouth of President Nana Akufo-Addo to make him unpopular in Kumawu Sekyere District

Why should some president-appointed members on the assembly be removed and replaced for unexplained but dubious reasons at such an odd time as explained in one of my recent publications, the web link of which is found above?

Whatever the Regional Minister is doing, he does so in the name of the president. Therefore, I am asking if His Excellency the President, Nana Addo Dankwa Akufo-Addo, is appreciative and supportive of the modus operandi being used to confirm Samuel Addai Agyekum as DCE for the Kumawu Sekyere District?

What at all does the president stand to gain by taking to such a clearly indisputably illegal ways to having Samuel Addai Agyekum approved as DCE, contrary to the exercise of the democratic rights of the assembly members and the wish of the majority of the people of the district?

Since I have already published my honest views on the whole understandably illegal methods coercively adopted or employed to get him approved regardless of the wish and rights of the people, I will only have to reproduce the links below for the scrutiny of the president, without bothering myself to rewrite the whole thing over.

The fact of going to a secret or a secluded place without informing the entire assembly members of the venue, date and time, of the conduction of the election in itself makes the election illegal hence null and void, whatever the results are.

I am sure the president as an astute lawyer will agree with me on this point without making any excuses in attempts to justify it.

This presidential machismo behaviour to rob some assembly members of their voting rights but to impose a non-performing DCE on them, has so much infuriated some people that they have to take to a manner they feel is right, although wrong. Two wrongs never make a right but at times, we resort to evil means to solve our evil problems. This may be why some people in the video have invoked the river gods on those colluding to deprive them of their wish and right.

In the same manner that I have stood behind you, Mr President, defending you against abuses by others, for the past eight to ten years, in like manner shall I be frank with you, condemning your actions that I find not to be in conformity with the very democratic principles you uphold and defend.

How you have gone about the confirmation of Samuel Addai Agyekum as the DCE for Kumawu Sekyere District is without mincing words, illegal and very shameful. It really dents your hard earned credibility and as God lives, you will live to regret it one day.

Since I have volunteered to be the voice for the voiceless, I cannot stand by doing nothing whilst the people of my district are treated as subhuman by the very president and political party that I support and defend, whether rain or shine. Now is the time for me to identify with their sufferings but not later.

Did Emperor Haile Selassie of Ethiopia not say, “Throughout history, it has been the inaction of those who could have acted; the indifference of those who should have known better; the silence of the voice of justice when it mattered most; that has made it possible for evil to triumph”?

Why then should I keep mute in the face of the maltreatment being meted out to the people of my district as evidently shown in this publication and the previous ones?

I hope other Kumawu Sekyere district and Kumawu constituency people will start to speak up for they have been subjugated by both the traditional and political overlords for far too long. They must start to act as brave men and women, airing their views without fear.

“In the beginning of a change the patriot is a scarce man, and brave, and hated and scorned. When his course succeeds, the timid join him, for then it costs nothing to be a patriot", said Mark Twain. I will never be a timid person, regardless of the circumstance!

I have copied on this publication the Director of Communications at the presidency, Eugen Arhin, to ensure that my views as are recently published on the illegalities in perpetration by the NPP and orchestrated by the Ashanti Regional Minister, Mr Simon Osei Mensah, get to the attention of the president.