A day of disruption, sadness and rage as Bataclan survivors continue to testify 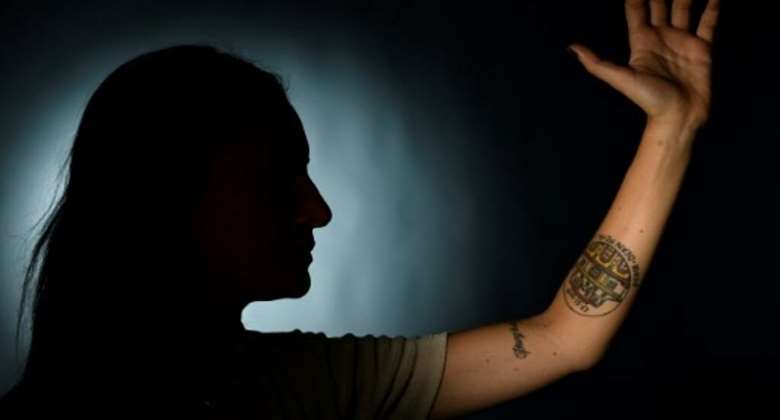 Friday's session at the special criminal court in Paris, where 20 men are being tried for their alleged participation in the November 2015 terrorist attacks, heard the anger and grief of the survivors and their families expressed in different accents, and in English.

With chilling simplicity, a mother summarised her life since the death of her 24-year-old daughter at the Bataclan: "My life is pain," she said.

The theme is recurrent in the tragic sequence of victim testimonies. For those who survived, for those who lost wives, husbands, children and friends, life since the night of 13 November 2015 has been a waking nightmare.

Another mother said she refused to break down, out of respect for her dead child "who would not have wanted that".

But public fortitude does not cover the pain of sleepless nights. To paraphrase an earlier witness, "the private suffering is worse than what you actually see".

The same woman wondered what had motivated the killers. "How does one become a murderer? At what moment do things shift? I'd like to understand.

"Sometimes we think of their parents," she continued, referring to the so-called jihadists who themselves died during or shortly after the attacks. "They must be miserably unhappy too."

Complaints from the accused

Friday's hearing was twice interrupted by calls from the glass security box surrounding the accused.

Mohammed Amri, who is suspected of having helped Salah Abdeslam escape to Belgium following the attacks, claimed that a man on the public benches was staring at him fixedly.

The man identified himself to the court as a former civil witness, who lost "the woman of his life" in the shooting at the Belle Équipe bar. Hurling a tirade of vicious insults in the direction of the suspect, the witness left the courtroom.

Later, it was the turn of Abdeslam himself, and his co-accused, Mohammed Abrini and Mohamed Bakkali, to complain about the way the prisoners are being treated by the penitentiary service guards.

"For a month we had no trouble with the guards. Now, they tell us to shut up, we can't speak," said Abrini, describing the current prison supervisors as "a team of disabled idiots, who cause nothing but trouble".

"We have to submit to seven seaches every day!" he raged.

Tribunal president Jean-Louis Périès called for calm and respect for those giving evidence.

"If there's one thing that we listen to with respect," said Bakkali, "it's the testimony of the civil witnesses."

Salah Abdeslam then asked to be taken from the courtroom. The request was refused.

No need for translation

The court on Friday also heard the testimony of several English-speaking survivors.

An Irishman, shot in the foot – who still limps and uses a walking stick – says he is "deeply traumatised".

A woman remembered the SMS message she sent to her eldest daughter as she cowered in an equipment store with her husband, literally inches from a terrorist: "We love you. Please don't call."

And then she asked for permission to speak directly to the accused, warning the court president that what she had to say was not polite.

Turning to the box, the witness said "Fuck you!" with a clarity and determination that required no translation.