Danilo and Mbappé save PSG's blushes against Angers 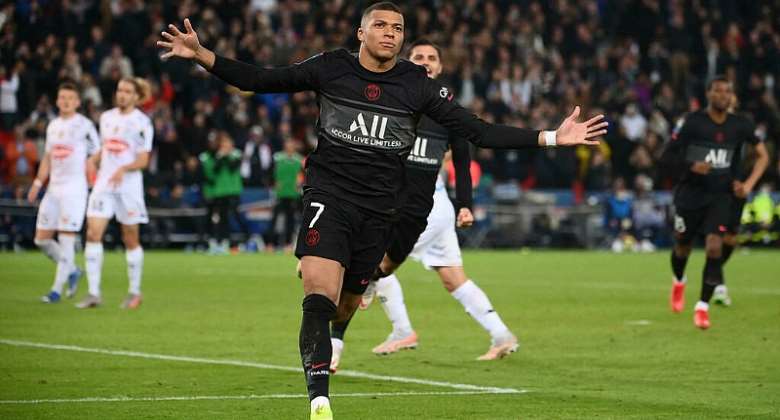 Kylian Mbappé slotted home a late penalty to give Paris Saint-Germain a 2-1 victory over a stubborn Angers side on Friday night.

PSG went into the clash at the Parc des Princes against Gérald Baticle's in-form side missing a phalanx of talent.

Lionel Messi, Neymar, Angel Di Maria, Marquinhos and Leandro Paredes were all recovering after arriving in France on Thursday following appearances for their national sides in South American qualifiers for the 2022 World Cup in Qatar.

In the prelude to the clash, the PSG boss, Maurcio Pochettino, said their replacements had a chance to shine.

Kylian Mbappé, who had spearheaded France's surge to the Nations League title during the international break, almost broke the deadlock in the fifth minute but his left-footed volley was straight at the Angers goalkeeper Paul Bernardoni.

Breakthrough
It was the visitors though who drew first blood nine minutes before half-time following a counter-attack. Sofiane Boufal surged down the right wing and his cross was stabbed home by Angelo Fulgini for his first goal of the season.

And following the pause, Angers maintained their shape and solidity. As stultification set in, Pochettino dipped into his well of talent.

In the 64th minute, he brought on the Netherlands skipper Georginio Wijnaldum and the Spain international defender Juan Bernat. Angers responded with the introduction of the relatively unknown Bilal Brahimi.

Change
The arrivals brought new angles and vigour as the Angers' midfielders failed to maintain the furious pressing of the earlier stages.

With 20 minutes remaining, Mbappé recovered the ball to the right of the Angers penalty area. He was not closed down. And they will look back in Angers at the lapse.

The 22-year-old picked out the dart of Danilo who headed past Bernardoni.

Pochettino, scenting blood, upped the ante four minutes later with the injection of pace down the right wing from Achraf Hakimi - one of the most coveted defenders in the world - and the midfield guile of the Germany international Julian Draxler.

The accretion of pressure worked. Six minutes from time, the video assistant was called in to decide whether Pierrick Capelle had handled Mauro Icardi's header in the area.

Referee Bastein Dechepy pointed to the penalty spot and Mbappé completed the recovery by slotting the kick low to Bernardoni's left.

The Angers players protested that Icardi had fouled Romain Thomas in the build-up to the header. But their complaints were dismissed.

"It's incredible to lose like that," Thomas told broadcaster Prime Video.

The 33-year-old added: "I'd almost prefer us to be given the complete runaround and be thrashed 5-0 than to lose like that."