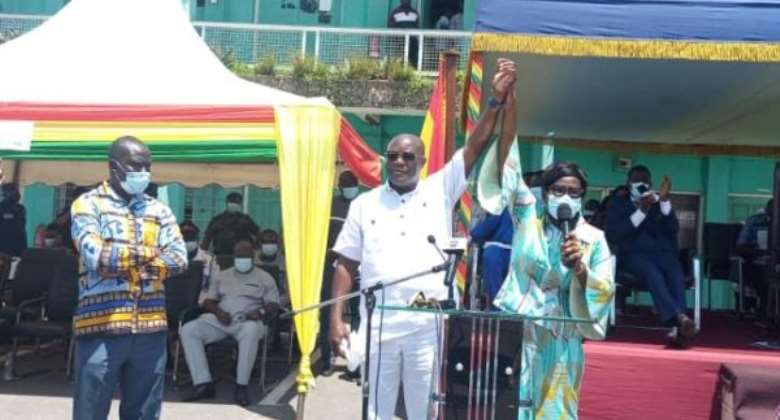 Though, 53 members were expected for the process, it witnessed two absentees with five "No" votes in an election supervised by the Western Regional Director of the Electoral Commission, Mrs. Angelina Tagoe.

Earlier, the Regional Minister, Mr Kwabena Okyere Darko-Mensah, urged members of the Assembly to vote in favour of the President nominee to enable him to continue with the development of the Metropolis.

Meanwhile, two appointed members, were sworn in by Justice Rosemary Edith Hayford to replace a deceased and travelled appointees respectively.

Mr. Mummin thanked the President for the opportunity given him to serve the people and also the people of the Metropolis for the support.

"I intend to implement an open-door policy, be impartial to all members and of the larger society…my doors are opened for constructive criticism for the development of the Metropolis."

He prayed that all would focus on the opportunities in the private sector to create more jobs for the many unemployed… "we have an arduous task to develop the Metropolis”.

The MCE said issues such as sanitation and, unauthorized development among others should be a priority to all..."let us all have unity of purpose, in the interest of sustainable development”.

"I have great ambition to leave behind legacy projects for the Metropolis and will therefore require the efforts of all."

The Clerks of Parliament walked me to my reserved seat in th...
51 minutes ago