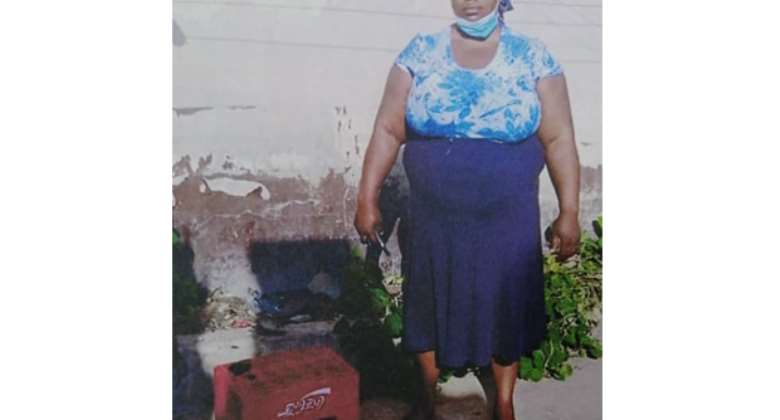 A 40-year-old drinking spot operator is facing the law for allegedly striking the head of a man to death at Zenu in the Kpone-Katamansu Municipality of the Greater Accra region.

The suspect, Veronica Djoazaa, reportedly used a crate of Coca-Cola to hit the deceased following a misunderstanding that ensued between her and a 48-year old civil servant, Anthony Apurum at the drinking spot.

Information available to this portal indicates that on October 2, 2021 at about 7:30pm, the complainant now deceased went to a nearby drinking spot being operated by the suspect to buy alcoholic drink.

A misunderstanding ensued between him and the suspect while at the drinking spot taking in his bottle of Guinness during which the suspect picked an empty Coca-Cola crate and threw at him.

The crate hit the head of Anthony resulting in him sustaining severe injury on the head and started bleeding profusely.

Immediately, Anthony rushed and lodged a complaint with the Zenu/Atadeka District Police and he was issued with medical report form to attend hospital for examination and treatment.

He was treated and discharged on the same day and submitted his endorsed medical report to the police.

Six days later, Anthony’s health begun to deteriorate and he was rushed to the Tema General Hospital where he was admitted but unfortunately died while on admission.

On October 12, 2021, a postmortem was conducted on the deceased which and it was revealed that Anthony died out of cerebral oedema with tonsillah herniation, contrecoup cerebral contusion and blunt head trauma.

Delivering his personal remark, the pathologist described it as unnatural death.

On the same day, police quickly arrested Veronica Djoazaa to assist with investigation as she was sent to the scene where the incident occured and crate which the suspect allegedly used to strike the head of the deceased was retrieved and retain as evidence in prosecution.