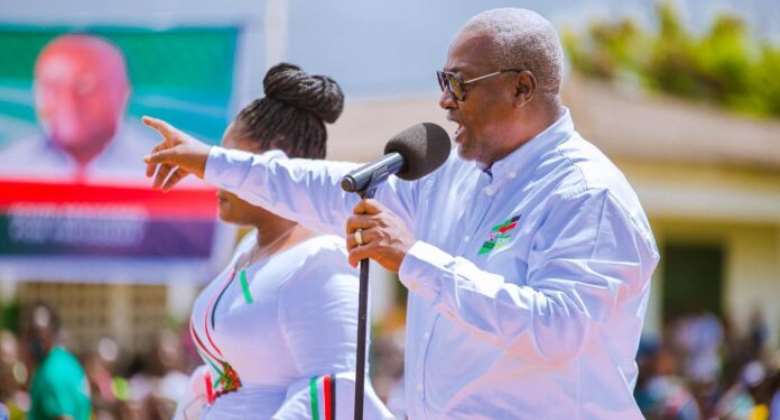 Former Ghana President, John Dramani Mahama has insisted that he has never stolen monies belonging to the state.

According to the 2020 Presidential candidate of the National Democratic Congress (NDC), contrary to allegations during his time as President, he was not corrupt.

Speaking to Cape FM, John Dramani Mahama denied ever transferring $100 million dollars in a Swiss bank account when he was president.

For the avoidance of doubt, the leading member of the NDC has disclosed that he only has three bank accounts but all in Ghana.

He has challenged that investigators can look into his finances at ADB, Zenith Bank, and Guarantee Trust Bank for any clarity.

“There were all kinds of propaganda against me [when I was in power]. They said Lordina and I have stolen 100 million dollars into a Swiss Account.

“How would you get access to that kind of money? World Bank money doesn’t come to Finance Ministry. It’s with the BoG, how do I go to them to ask for such money and transfer it to a Swiss account?

“I don’t have any foreign account anywhere, I have three bank accounts – ADB, Zenith, and Guaranty Trust bank. If you want to investigate me, investigate those banks, my money is all there,” ex-President John Dramani Mahama said.

Meanwhile, John Dramani Mahama has blasted the media for staying silent under President Akufo-Addo when they made a lot of noise during his time.

He alleges that the media has been cowed to silence and hence are unable to talk about the rot under the current administration.