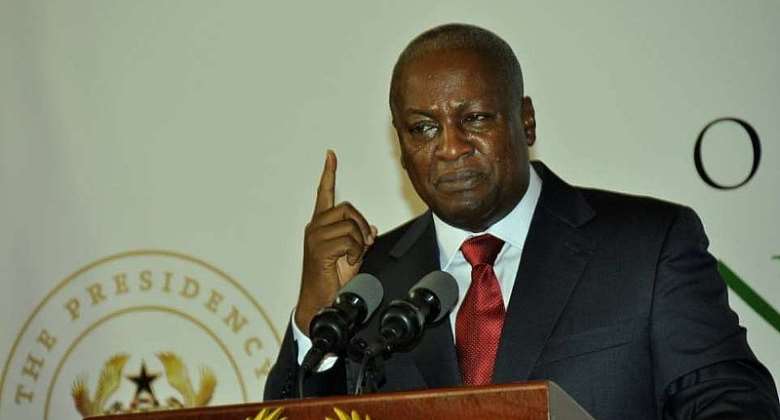 Former President John Dramani Mahama has taken a swipe at the Ghanaian media for not keeping President Nana Addo Dankwa Akufo-Addo on his toes unlike the time he was in power.

According to the 2020 presidential candidate of the National Democratic Congress (NDC), the media made so much noise when he was President.

However, since he was booted out and Nana Addo became president, the media in his own words have been cowed to remain mute.

“You made so much noise, and now you’ve all gone quiet. You’ve all been cowed, you can’t talk. There were all kinds of propaganda against me. They said Lordina and I have stolen 100 million dollars into a Swiss Account,” John Dramani Mahama said in an interview with Cape FM on Friday.

The former Ghana President continued, “How would you get access to that kind of money? World Bank money doesn’t come to Finance Ministry. It’s with the BoG, how do I go to them to ask for such money and transfer it to a Swiss account?

Meanwhile, John Dramani Mahama has denied having a foreign bank account besides the three bank accounts he has in Ghana.

“I don’t have any foreign account anywhere, I have three bank accounts – ADB, Zenith, and Guaranty Trust bank. If you want to investigate me, investigate those banks, my money is all there,” he emphasised.