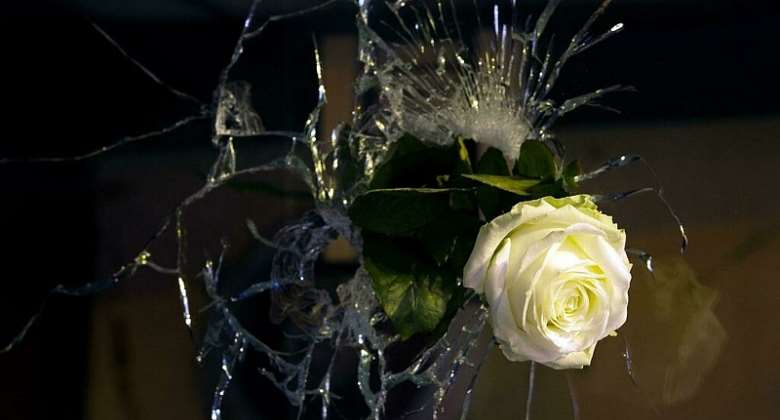 There are no easy days at the Paris attacks trail, but Thursday's evidence from the families of victims was particularly intense.

We heard from a woman who lost her sister in the attack on the Belle Équipe restaurant in central Paris.

She advanced to the bar at the very start of Thursday's session, and asked to be recognised as a civil witness. That was accorded.

She said she did not want her name to appear in the media. Then she asked for two minutes of the court's time.

The witness thanked him, then sobbed unconsolably from her opening words, describing the much-loved older sister who had been her guide through girlhood, womanhood and life.

"She showed me how to put on make-up, loaned me clothes ... the pain of her absence is still very much alive.

"I want the court to know that my mother died of a broken heart, literally, two years after the attacks.

"I hesitated about coming here, but it helps that we can be listened to. I needed to be heard. Thank you."

And then she was gone. Back to the parallel world inhabited by those whose sense of loss is undiminshed.

Another witness explained that his grief was getting worse, not better, with the passage of time.

"After six years, I now realise that I will carry this burden for the rest of my life.

"I feel guilty for having escaped, for being alive, for having walked over the bodies of the dead and dying, for failing to help those we left behind."

This prompted the tribunal president to say: "You are before this court as a civil witness. You are guilty of nothing."

His response: "Thank you. That may be true in this room, but not out there, where I live my life ... The fractured person that I have become."

And then there was the mother of Claire, an only child shot dead at the Bataclan at the age of 24.

This brave, broken woman gave the most moving testimony the court has so far heard. She asked not to be named.

She had to wait four days for confirmation of her daughter's death. "All that time I hoped she was still alive, in a coma, not identified."

She rang the Paris hospitals, every one of them, describing her child, asking if they had anyone resembling Claire in intensive care.

The doctors at the Medical-Legal Institute (IML), where the autopsies on the victims were being carried out, were too busy to answer her calls.

The chaos provoked by the unprecedented number of dead and injured left little room for compassion.

"Later, they told me at the IML that Claire had been 'a complex case'. What does that mean? They didn't perform an autopsy. Claire was given a superficial examination and then they moved on, leaving her."

Six years after the attacks, Claire's mother is still looking for answers. Did her daughter die instantly? Did she suffer? "I'm trying to find out about the last moments of her life. I have a visceral need to learn every detail."