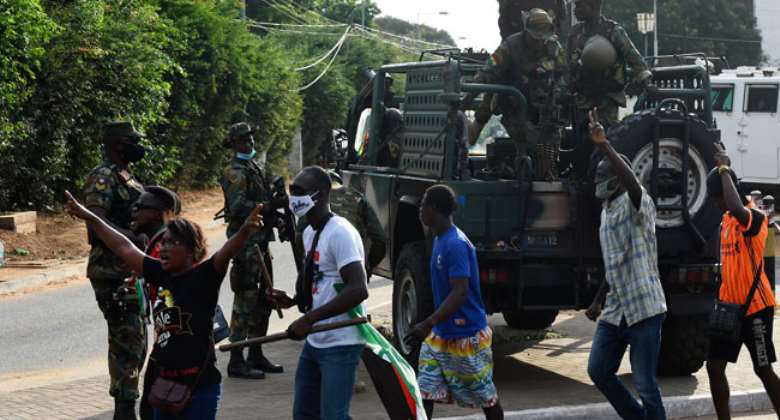 The EC and its chairperson, Mrs. Jean Akukwei Mensah have since after last year’s general election had fingers pointed at them over the violence that occurred.

The minority, in particular, have consistently faulted the EC boss and stressed she supervised one of the worst elections in the history of the country.

Speaking to Starr FM in an interview, Dr. Paul Nana Kwabena Aborampah Mensah who works with CDD-Ghana has shared that security issues of any election are not the responsibility of the EC.

According to him, there is a national election security task force responsible for security and hence the EC cannot be blamed for any violence recorded.

“The EC has consistently responded to issues that are beyond her mandate and that is why I was happy that for the first time, I heard our EC partly apportioning the responsibility to the appropriate authorities and that is how it should be. Election management is a stakeholder issue. We have various stakeholders who play various roles to make it a success.

“The role of the EC is clearly defined in the Constitution, management of the actual election and supervision of the political parties, especially registration are in conformity to the political party laws. Election security is handled by the National Election Security Taskforce which has a decentralized authority at the regional and district level,” the CDD-Ghana Senior Programs Officer said in the interview.

Seven lives were lost in the 2020 general elections with some other people sustaining injuries in the violence that occurred in various parts of the country.

EC boss Jean Mensah insists her outfit is confident when the security agencies share their investigations and recommendations, they will learn from it to better future elections.