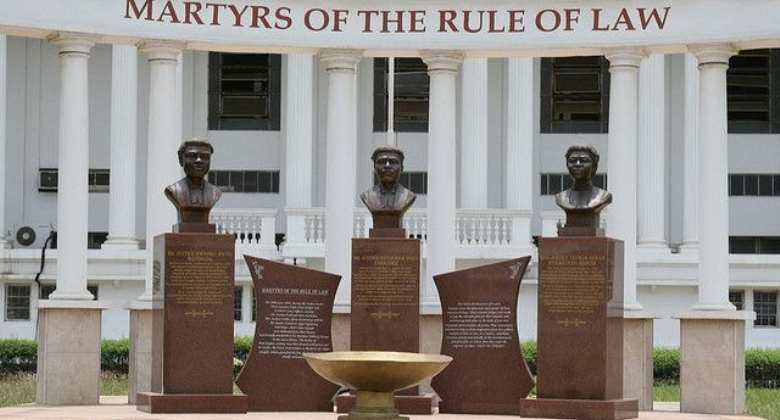 A private legal practitioner, George Bernard Shaw, has served notice he will file a suit challenging the anti-LGBTQI+ bill at the Supreme Court.

The lawyer on Eyewitness News argued that the bill in its current form contravenes basic human rights enshrined in the constitution and treaties signed by the Government of Ghana.

“The bill is against basic human rights because Ghana has subscribed to a lot of international conventions and treaties that prohibit discrimination. People are confusing morality with law. If you identify as a homosexual, you are likely or liable to be imprisoned and for me who is a human rights activist, I can be jailed for promoting, propagating, and advancing or even explaining why. Like what I am doing now when the bill is passed, I can be jailed and this should not happen in a democratic dispensation,” Mr. Shaw said on Eyewitness News.

The bill has generated widespread conversation, with many expressing varied views about some clauses in the document.

As a result, a number of renowned legal, academic and civil society professionals have filled a memorandum challenging the anti-gay legislation.

In the memorandum, they contend that the bill is an “impermissible invasion of the inviolability of human dignity.”

While the Bill has also received wide public support, a section of the public have also condemned it describing it as promoting hate.

Some Christian leaders have also submitted a memorandum to Parliament supporting the passage of the Proper Sexual Rights and Ghanaian Family Values Bill, with threats to campaign vigorously against parliamentarians should they not ensure that the bill is passed into law with immediate effect.