Impact in public life: The story of Dr. Prempeh 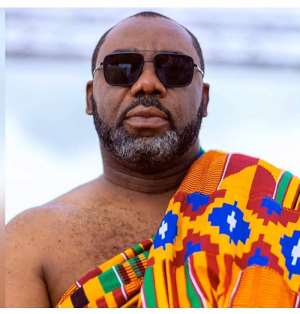 To merit a space in the public service is one thing, and making the needed impact in public service is another; they are arguably two different things, all together, as one may have the space to serve, but fail to play any meaningful role; for lack of the full understanding of what it takes to serve the public.

It’s, therefore, worthy of commendation, when Dr. Matthew Opoku Prempeh, Minister of Energy, who is also the immediate-past Minister of Education, has been redefining what it takes to be in public service, through his commitment and dedication towards a selfless service to mother Ghana.

The Medical Doctor par excellence, largely perceived as someone without any experience in running even an educational institution, hitherto his maiden appointment as the Minister of Education, was a surprise package in President Nana Addo Dankwa Akufo-Addo’s list of ministers for the first-term.

That position was also seen as uniquely critical, because he was to see to the implementation of the government’s flagship programme, the Free Senior High (Free SHS); a programme whose success some Ghanaians were skeptical about.

The Member of Parliament (MP) for the Manhyia-South constituency in the Ashanti Region, took up the challenge and rolled out the programme, confronted the teething problems that came with it, with his lieutenants at the Ministry of Education and other sectors under his care, and, ensured that majority of basic school leavers had the opportunity to further their education.

His diligence at the education ministry, therefore, etched his name in the second term of President Akufo-Addo’s, and saw Dr. Prempeh being appointed to the very critical ministry of energy as that sector’s Minister; and it worth noting that with the same zeal, attacks work towards enhancement of Ghana’s energy sector; targeting power generation, transmission and distribution.

As a true team-player, the energy minister has been working with heads of all the agencies under his ministry, leading to remarkable improvement in the, hitherto, a challenging energy situation in the country.

By dint of hard-work and diligence, Dr. Matthew Opoku Prempeh was honoured by the University of Education, Winneba (UEW) in May this, with an Honorary Doctorate Degree for his sterling performance as the Minister of Education.

The University of Professional Studies Accra (UPSA), on July 24, 2021 conferred on the former minister of Education another Honorary Doctorate Degree in Human Letters (DHL) for his dedication and hard work in ensuring the smooth implementation of the Free SHS and study growth of the education sector.

The latest honour bestowed on Dr. Prempeh, was on October 9, 2021, by the Mampong Akuapem Traditional Council and, in recognition of the minister’s hard work towards the implementation of the Free Senior High School (Free SHS).

In a citation, the Chiefs and people of Mampong-Akuapem, led by Osaberima Otu Dartey III, indicated: “For your passionate and inspiring leadership: As a man of many attributes, you led the successful implementation of the single most impactful social intervention policy THE FREE SHS for which many Ghanaian homes are beneficiaries.’’

They said: ‘’Your major policy initiatives in reforming the education sector for the best cannot be overlooked. As you are currently working hard to modernize our energy sector, particularly the power generation, transmission and distribution, we know you will succeed and we wish you well in your future endeavours.’’

‘’You are a gift to Ghana and the Akuapem Mampong Traditional Council is honoured to appreciate your efforts this day, they stressed.

Dr. Prempeh was born on May 23, 1968, to Oheneba Kwame Kyeretwie, who was Otumfuo Asantehene’s Apagyahene, and Madam Elizabeth Akosua Nyarko, at the Komfo Anokye Hospital, in Kumasi. He started his primary education at the KNUST Primary school and then proceeded to the prestigious Prempeh College, in 1980. From there, he entered the Kwame Nkrumah University of Science and Technology, where he read medicine.

It was at KNUST that he made his first appearance as a leader, after he won the position as the local National Union of Ghanaian Students (NUGS) President, a position he held from 1991 -1992. In 1995, Dr. Prempeh left Ghana to pursue further education and work as a surgeon in the Netherlands and the United Kingdom.

In 2003, Dr. Matthew Opoku Prempeh decided to return to Ghana, to pursue a career in business and more importantly in politics.