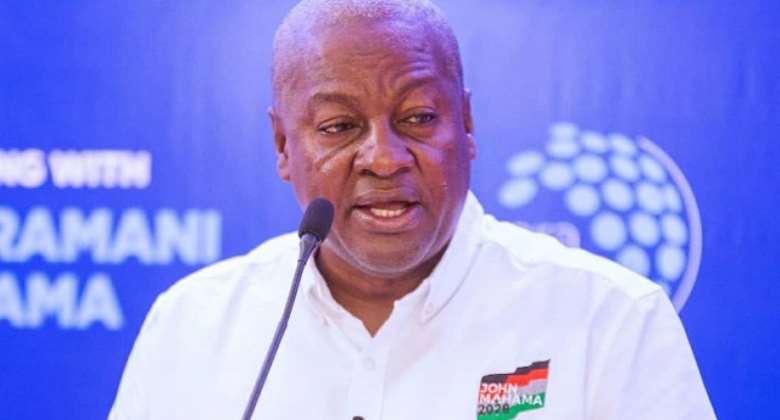 According to him, he has no doubt God will give the NDC victory when Ghanaians go to the polls after the end of President Akufo-Addo’s second term.

“I strongly believe that God will give us victory in the next elections. This is a party that believes in rule of law and is law-abiding, and so when the time comes and you feel qualified you can partake in the exercise,” the ex-Ghana president told NDC supporters in the Western Region on Thursday, October 14, 2021.

Mr. John Dramani Mahama is currently in the Western Region after ending his tour of the Eastern Region.

In engagement with NDC supporters today, the 2020 presidential candidate of the NDC reiterated his ‘do or die’ comment.

This time around, he tried explaining his 'do or die' message saying the NDC will not take things lightly but will monitor the election keenly to ensure there is fairness.

“When I say do or die I mean we won’t take things lightly. We will open our eyes and be very vigilant,” John Dramani Mahama added.

Meanwhile, the former Ghana President has charged party followers to die for the party by working hard.

He insists that all those that will work hard will not be forgotten when the party comes back to power.

Akufo-Addo doesn't have to advertise his reshuffle — Kyei-Me...
33 minutes ago

Stop threatening ECG Staff, we are losing out livelihood — N...
33 minutes ago