Total transformation of Tema East is my priority — Titus-Glover 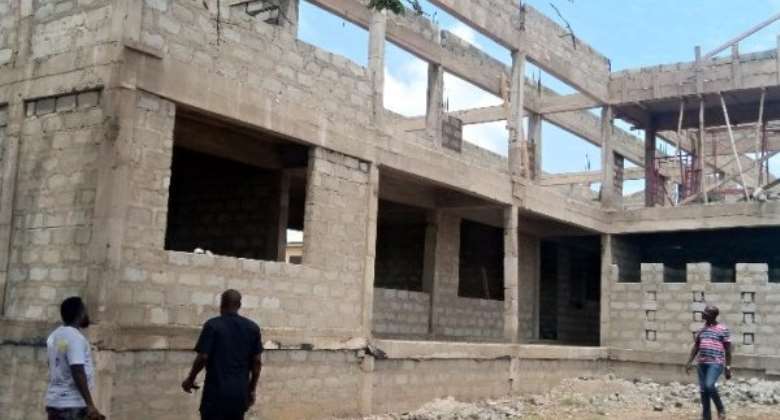 Daniel Nii Kwartei Titus-Glover, former Minister of Transport, has renewed the commitment to develop the Tema East whether as a Member of Parliament or not.

“I cannot sit back, the total development of Tema East is my priority,” he said.

“I love my people and I will make sure that all their basic needs are provided; the fact that I'm no more an MP will not stop me from pursuing development agenda,” he said.

Mr Titus-Glover said this during a tour of some communities to ascertain the progress of ongoing projects initiated under his leadership as MP for the Tema East Constituency during the first term of President Nana Addo Dankwah Akuffo-Addo.

Some sites inspected were the construction of roads that stretch from Bankuman to Paradise Beach and other inner roads at Tema Newtown, six-unit storey building, classroom block at TMA, and Methodist School at Manhean, among others.

The school block when completed would contain an Information Communication Technology (ICT) class, offices for teachers and a toilet for the ground and first floor, among others.

The former Minister of Transport said the construction of the school block was to improve academic performance in Tema East Constituency.

He said measures were being put in place by the government to continue construction of some inner roads in the Municipality, saying that all illegal structures put up by some residents would be demolished.

Mr Titus-Glover said measures were in place to construct a bridge to link Kpone to Bankuman, Paradise Beach to shorten and reduce traffic jams.

He said the project was geared towards reducing travelling times between communities, ensure the safety of commuters and other road users.

He expressed satisfaction about the progress of work done so far and said the government was taking steps to ensure that the basic needs of the people were provided.

Mr Titus-Glover said there was the need to continue the road construction project initiated with the support of President Nana Addo Dankwa Akufo-Addo.