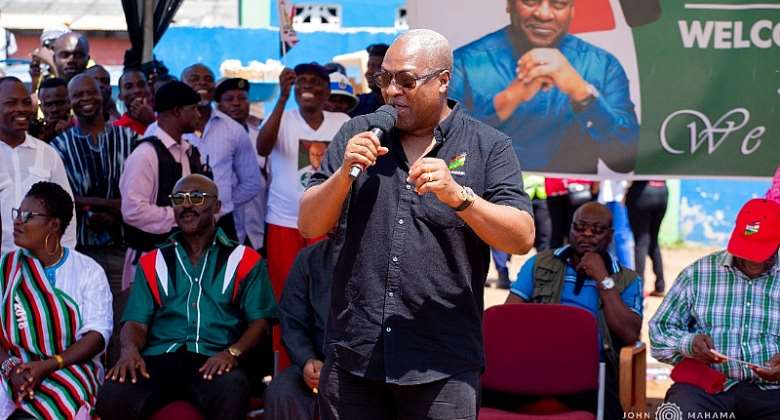 Former Ghana President, John Dramani Mahama has charged followers of the National Democratic Congress (NDC) to sacrifice themselves for the party.

According to him, all those that work hard to get the party back into power will not be forgotten.

In an explanation of his famous ‘Do or Die’ comment last month, the former president said he only meant the party will be very vigilant in the next general elections.

“When I say do or die I mean we won’t take things lightly. We will open our eyes and be very vigilant,” he added.

Mr. Mahama was the presidential candidate of the NDC in the 2016 and 2020 general elections.

Unfortunately, he lost both elections to President Nana Addo Dankwa Akufo-Addo who is now serving his last term in office.

Although Mr. John Dramani Mahama has not declared his intention to lead the NDC in the 2024 general elections, he has strong backing from Members of the Minority in parliament and a huge section of the party’s followers.

'Men should admit failure in leadership and pass on the mant...
34 minutes ago

There're several people in NPP, try them as well — Dr Amoako...
53 minutes ago