Truth - The Possibility of Suffering Harm, Injury From Homosexuality 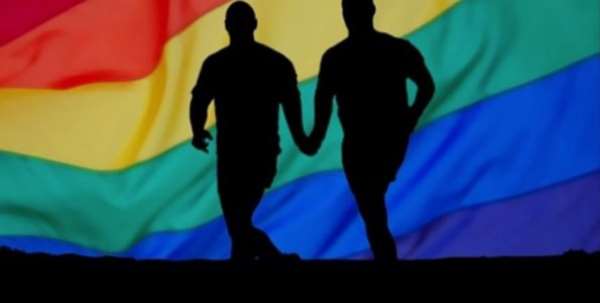 The failure to understand correctly is so great that churches are preaching acceptance and tolerance, even to the extent that some Christian Groups are ordaining homosexuals to their priesthoods, pastorates, and ministries.

What does God’s Word say on the subject of homosexuality? With regards to the practice of the evil acts of homosexuals, I refer you to Romans 1:26-27.

“For this cause, God gave them up unto vile passions: for their women changed the natural use into that which is against nature: and likewise also the men, leaving the natural use of the woman, burned in their lust one toward another, men with men working unseemliness, and receiving in themselves that recompense of their error which was due.”

There is so much one can learn about truth from the printed material that conveys pieces of facts about the evil practices of homosexuality.

Homosexuality is morally bad and an all-consuming desire. It is not an honor. Neither is it an amusement that should be glossed over and respected. It is a sexual craving, a desire that brings shame and disgrace to many. No one should be proud of committing this immoral act against divine law. In place of it should be reasonable grounds to be ashamed and a feeling of self awkwardness.

The act of homosexuality is never a natural phenomenon. The affirmative answer to natural and a truly genuine sexual marriage is between a man and a woman joined together as husband and wife for the rest of their lives.

As the result of my religion, and my deep propensity toward the Bible, I can't but believe what I've read from the book. We have been made to know that, God created man in the beginning, and then made a help meet for him.

James tells us, “Let no man say when he is tempted, I am tempted of God; for God cannot be tempted with evil, and he himself tempteth no man: but each man is tempted, when he is drawn away by his own lust and enticed” (Jas. 1:13-14).

Homosexuality is a behavior that is not proper or appropriate and those guilty of will receive punishment. Our text said they were “working unseemliness” and they were “receiving in themselves the recompense of their error which was due.” Homosexuality is not the proper way to live and act. It is a transgression against God.

In 1 Corinthians 6:9-10 it is described as unrighteousness. And we are told that the unrighteous shall not inherit the kingdom of God. Sodom, Gomorrah and the cities of the plain were destroyed for the reasons of this very thing. Those guilty suffer greatly on account of their immoral act.

Is there a reason for homosexuals to be forgiven? There is good news. In John 8:32 Jesus said, “and ye shall know the truth, and the truth shall make you free.” The truth can make anyone free from his regrettable faults, offense or omission, including the one who is guilty of homosexuality.

In 1 Corinthians 6:11, after pointing out some people who are unrighteous, including homosexuals, Paul said, “And such were some of you: but ye were washed, but ye were sanctified, but ye were justified in the name of the Lord Jesus Christ, and in the Spirit of our God.” It does not matter what immoral acts or transgressions done against divine laws a person has carried out or perpetrated, he or she can be washed, set apart as holy, and made righteous in the sight of God.

Some say homosexual cannot change. But in Corinth, there were homosexuals who changed. Paul said, “and such were some of you.” They believed in the Lord Jesus Christ. They repented of their sins (changed) and they were baptized in the name of Jesus for the forgiveness of the sin.

If you are conscious of or affected by a feeling of guilt of being a homosexual, I urge you to quit this wicked and immoral practice.