The Tariffs Debate: The VALCO Factor 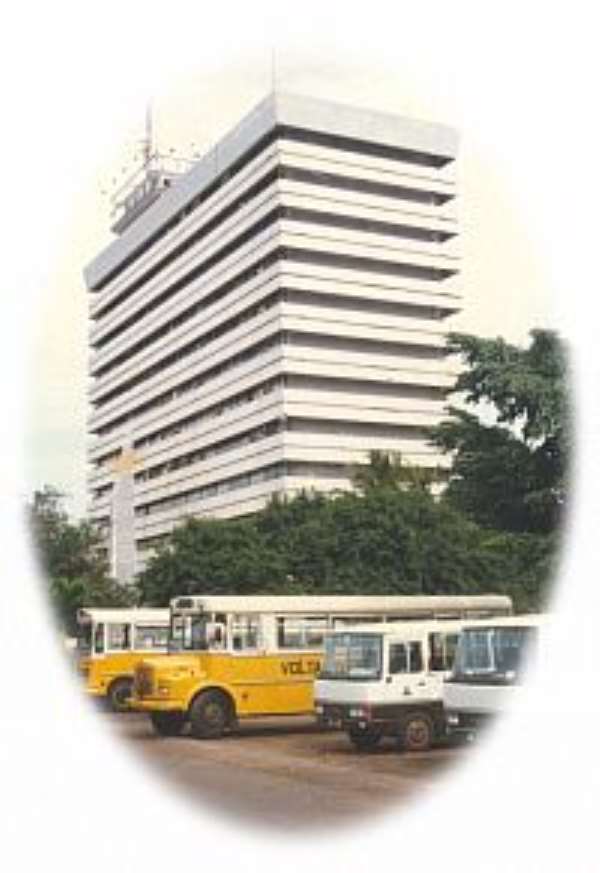 On July 9th, the Volta River Authority (VRA) will hold a round-table discussion with journalists in its bid to justify the proposed increases in Electricity Tariffs. This short article is to draw attention to the REAL issues at stake and to encourage Ghanaians to keep their eye on the ball, so their attention would not be diverted. Background Information: VRA produces power at an aggregate cost of 5 cents per unit and sells to ECG (Electricity Company of Ghana) for 2.8 cents per unit (¢194/kwh bulk rate supply). VRA can no longer sustain ECG (which purchases about 40% of the power for distribution and resale to industries and residential customers ,) so it has made a proposal to sell power to ECG for 6.8 cents per unit (¢478/kwh) (pending the approval of the PURC). ECG would then add their costs and sell to consumers for a minimum of about 7.2 cents per unit. Now let us consider the case of VALCO (the American giant) which consumes just as much as ECG (40% of power produced in Ghana) and is currently paying ONLY 1.5 cents per unit. (VALCO pays 1.8 cents per unit when 4 potlines are operational.)

From the above, it is evident that VRA is operating at a great loss. The company has been kept afloat thus far through the magnanimity of Ghanaian taxpayers who have to cough up c80 Billion every six weeks (according to figures recently released by the VRA CEO.) It is also quite obvious that the same Ghanaian taxpayer is subsidizing VALCO by at least c32 Billion every six weeks based on the fact that they consume at least 40% of power produced by VRA. The fact that the current tariff of 2.8 cents per unit paid by ECG is almost twice as much as that paid by VALCO (1.5 cents per unit), also makes no sense, more so given the fact that they consume almost equal amounts of power. An adjustment of ECG’s bulk supply rate to 6.8 cents per unit as proposed to the PURC will result in them paying over 400% that paid by VALCO. Of course, ECG will have no choice but to add their costs and sell to consumers for a minimum of about 7.2 cents per unit. From the above analysis, it is quite easy to see that the impoverished Ghanaian consumer is subsidizing the operations of a relatively rich American company (VALCO), and even being asked to subsidize it some more (to add insult to injury.)

The “Arguments” for VALCO:

I have heard a whole lot of spurious arguments, advanced in favor of VALCO by people who should know better. The most commonly advanced being that VALCO financed the construction of the Akosombo Dam. This is patently false. Declassified U.S State Department files detail the circumstances surrounding U.S involvement in financing of the Akosombo Dam. Those who are interested may find more information at this link: http://www.state.gov/www/about_state/history/vol_xxiv/x.html Suffice it to say, with or without U.S help, the Akosombo project would have gone ahead as planned. Even if VALCO “influenced” the financing of the Akosombo dam, must the Ghanaian poor be made to subsidize the operations of this company? Another argument which has been advanced is the fact that VALCO has contributed a lot to the Ghanaian Economy. Well, cocoa farmers and Ghanaians in general have contributed far more, so why not give them free electricity? Another argument has been that VALCO consumes cheaper hydro power, while Ghanaians consume the more expensive thermal power. Why not supply the cheaper hydro power to the Ghanaian Taxpayer whose sweat paid for the Akosombo dam and let VALCO consume the more expensive thermal power? After all, they have expressed interest in the West African Gas Pipeline Project (WAGP.) More reasonably, why not equitably distribute the “different powers ? ” Anyway, this is not supposed to be a thesis on VALCO, so let me not digress.

Any increase in Electricity Tariffs which does not take the VALCO factor into consideration must be soundly rejected by Ghanaians. I find it troubling that a high priority has been given to tariff increases for the Ghanaian poor, while increases for VALCO has taken a backstage. Why must we continue to despise our own to advance foreign interests? Negotiations with VALCO for tariff increases started almost 6 months ago. We continue to supply power to VALCO at insanely low rates while we allow them to play delay tactics. What is wrong with us? Any increase in consumer tariffs without an increase for VALCO shall be fiercely resisted!! Patriot Turncoat Social Commentator Ghanaweb's SayItLoud