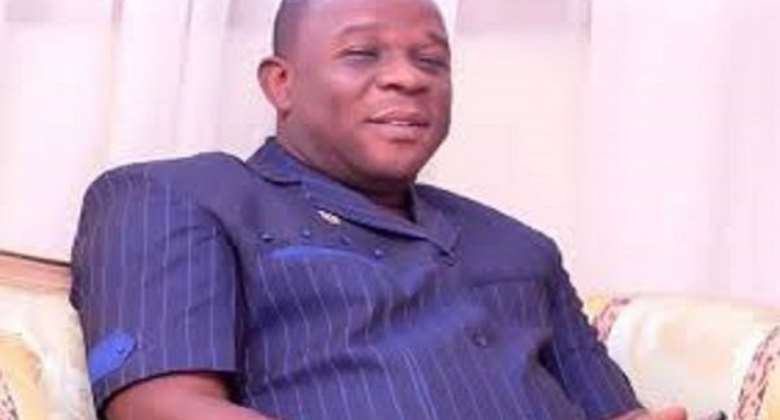 Director of Operations at the Office of the President, Lord Commey, has downplayed the prospect of running for the National Chairman position of the ruling New Patriotic Party (NPP) in the party’s upcoming national delegates’ conference.

Delivering a solidarity message on behalf of President Akufo-Addo at the party’s Greater Accra Regional Conference in Accra, Mr. Commey appreciated the party supporters for their love, faith, and belief in him but was quick to add that the right time for him to run for the position would come, citing Isaiah 60:22 which says: “When the time is due, I the Lord will make it happen.”

He lamented the abysmal performance of the party in the 2020 general elections where the party lost a whopping seven parliamentary seats in the Greater Accra Region and charged the party leaders at the regional level to do everything possible in their bid to retain power come 2024.

“In this conference today are party leaders. The power to break or make the party lies in your hands. Never again should what happened to Greater Accra happen to the NPP again”, he charged.

On the party’s popular mantra ahead of the 2024 elections, ‘Breaking the 8’, the former NPP Deputy National Organiser said: “There's no 8 to break. We have the power. What we have to do is to sustain that power.”

He added, “President has said he would hand over power to the next NPP government. And like the Philistines, we must make sure the NDC never wins any election in this country against us.”