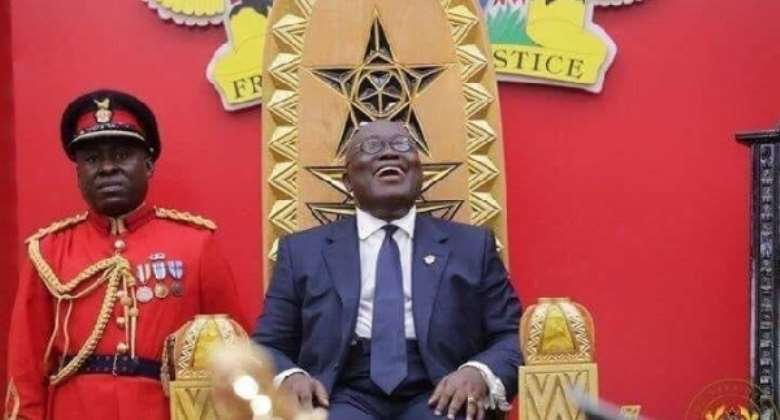 A lawyer of the National Democratic Congress (NDC), Mr Godwin Edudzi Tamekloe has accused President Nana Addo Dankwa Akufo-Addo of spending some GHS10million of taxpayers’ money on private jets for his foreign trips within the past three months alone.

Mr Tameklo says the president is living in luxury while the masses wallow in abject poverty.

The President, in his view, is living like an Arabian king in his second term.

He accused the President of pugging his ears with cotton buds so he would not hear the outrage of the masses as far as his private jet rentals are concerned.

In his view, while Ghanaians have tightened their belt in the wake of the economic downturn instanced by the COVID-19 pandemic, the president is bathing in the air at a cost of 14,000 dollars an hour.

Mr Tameklo was outraged that so much of the taxpayers’ money was being spent on lavish travels for the president while the country’s presidential jet sat idle.

The aide to former President John Mahama said despite the president’s 2017 promise to protect the public purse, he is rather the one dissipating it.

Citing another example to buttress his case, he recalled that in 2019, Mr Akufo-Addo spent GHS52million on his foreign travels alone.