Athletics under Siege: Owusu responds to threat from Chairman of GAAA 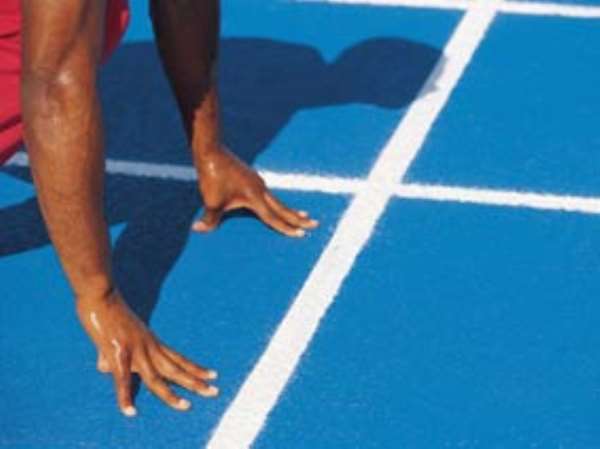 In doing all these, are you perhaps suggesting that the GAAA is not the leading authority on athletics in Ghana, and that you do not have any say in the determination of which athletes get selected? If that is so, then it would be helpful if you announced such because the question that my fellow athletes and I are asking is “WHO CAN WE TURN TO AND WHO WILL LISTEN TO OUR PLEAS FOR HELP?” If on the other hand, you have the authority that we think comes with being chairman, then perhaps you need to rethink what has transpired in Ghana athletics this year.
I am sorry that we do not see “eye to eye” because I sincerely wish that we did. Perhaps one day, you may understand my position and frustrations. I don’t envy your position as Chairman because I realize that there are obstacles that you too must over come. But, I cannot condone the inaction or rather the demoralizing actions of the GAAA over the past six months. Worse still, your choice to chastise me for speaking up against wrongdoing, instead of tackling the wrongdoing yourself is baffling. The GAAA, is supposed to put the welfare of the athletes first. Because without the athletes, there will be no association. That is the truth. Our officials have always danced their way around this by pitching one athlete against the next. By dropping deserving athletes who protest and selecting non-deserving athletes who would then tow the line, the officials have perpetuated the colonial divide-and-rule syndrome, with the result that the country has not benefited fully from the luxury of the quality athletes that we have had. Even this year, by the time we get the truly qualified athletes to the Games, the psychological blows that the athletes would have received would have compromised their performance ability; I can’t believe you don’t understand how much psychological energy UNECCESSARILY goes into fighting to get selected against all odds. Then, when the country doesn’t see the results that are expected of us, the same officials who caused the poor results turn around and point fingers at the athletes. Please show us you are a new kind of leader. Our very survival as athletes is under siege.
I extend a hand of cooperation to you to work together to build our association and move our dear nation forward. In service of Ghana Sports and for the love of Country Ghana! Andrew Owusu.