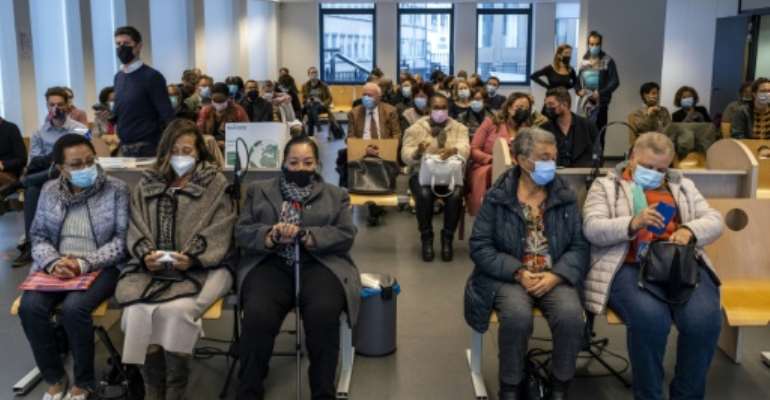 The trial is the first in Belgium to shed light on the fate of biracial children born in the former Belgian colonies (DR Congo, Rwanda, Burundi), whose number is generally estimated at around 15,000, though there has never been an official count. By HADRIEN DURE (Belga/AFP)

Five biracial women taken from their mothers in Congo 70 years ago demanded reparations from the Belgian state on Thursday, which is accused of "crimes against humanity" for acts committed during the colonial era.

The trial is the first in Belgium to shed light on the fate of biracial children born in the former Belgian colonies (DR Congo, Rwanda, Burundi), whose number is generally estimated at around 15,000, though there has never been an official count.

The women, who are now grandmothers, were forcibly removed from their maternal families at the age of two, three or four years old and placed in religious institutions "sometimes hundreds of kilometres away", said MichÃ¨le Hirsch, their lawyer.

They are each asking for an initial sum of 50,000 euros and the nomination of an expert to determine moral damages.

Most of the children born of a union between a black woman and a white man were not recognised by their father and were not allowed to mix with either whites or Africans.

As a result, many were placed under state guardianship and placed in orphanages in return for subsidies to these institutions, which were usually run by the Catholic Church.

"At school, we were called 'milk coffee'. We were not accepted," recalled one of the complainants, Simone Ngalula, in an interview with AFP in September 2020.

"We were called 'children of sin'. A white man could not marry a black woman. The child born of this union was considered a child of prostitution," said LÃ©a Tavares Mujinga, who was born to a Portuguese father and abducted at the age of two in the 1940s.

In the eyes of the complainants, the apology made in 2019 on behalf of the Belgian state must be followed by reparations.

Then prime minister Charles Michel acknowledged "targeted segregation", and deplored a "loss of identity" with the separation of siblings, including when the children were repatriated to Belgium after Congo's independence in 1960.

"We were destroyed. Apologies are easy, but when you do something you have to take responsibility for it," said Monique Bitu Bingi at a press conference with the other four plaintiffs before the trial.