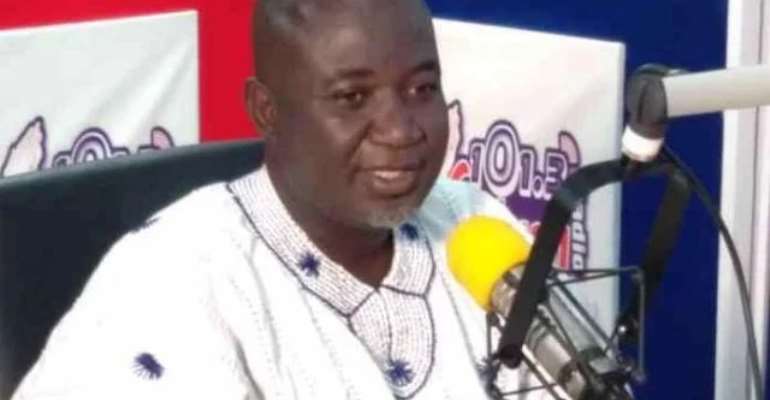 The leadership of the ruling New Patriotic Party (NPP) in the Pru East district of the Bono East region are appealing to President Akufo-Addo to re-nominate Joshua Kwaku Abonkra as the District Chief Executive for the area.

They believe that considering his remarkable performance as the DCE for the area in the last two years coupled with how well he has closed the votes gap between the NPP and the NDC during the last elections, Mr. Abonkra is the best person to be considered for the DCE position at this material moment.

Mr. Abonkra, who was nominated by the President last month for consideration as the DCE for Pru East, secured ten “YES” votes against 13 “NO” votes, thereby failing to sail through successfully as expected.

Reports have it that his confirmation was characterized by intense political under-currents as the voting pattern during the process corresponded exactly with the political dynamics on the ground.

For instance, out of the 23 Assembly members of the Pru East, 13 of them are known NDC elements while only ten, including government appointees, belong to the NPP.

Supporters of Mr. Abonkra believe that his rejection was politically motivated owing to the nominee’s unparallel efforts at invigorating and galvanizing the NPP’s support base in the area, which is seen as a big threat to unseat the incumbent NDC MP, Dr Kwabena Donkor.

This, they say, is evident in the visit to the area two days before the confirmation exercise by Dr. Kwabena Donkor in the company of the Deputy General Secretary of the NDC, Peter Otukunor and the Bono East Regional Chairman of the NDC.

Sources say, they held a series of meetings with the supposed NDC Assembly members of the area to convince them to vote against the President’s nominee.

That notwithstanding, the rank and file of the NPP in the area strongly believe that if the party is really serious about snatching the Pru East constituency from the NDC, then the right person should be Joshua Kwaku Abonkra.

Some development projects undertaken by Mr. Abonkra as the DCE for the area in the last two years include a new District Court complex, new District Police headquarters, completion of office accommodation for the District Assembly, a two-kilometer stretch of street light at Yeji, the district capital and Parembo, among several others.

“Hon. Dr Kwabena Donkor has never seen a kind of competition that Hon Joshua Kwaku Abonkra gave him during the 2020 general elections before”, one Assembly member told our reporter.

He added that “as the parliamentary candidate for NPP in the 2020 elections, the MP had a tough time even though he won the seat.

“Again, the over 12,000 number of votes NPP got in 2020 elections with Hon Abonkra as its parliamentary candidate has never happened in the history of the Constituency as the fear is that when he is not stopped he would be a threat to the NDC come 2024 for which Hon Kwabena Donkor still has the intention of contesting.

When contacted, Mr. Abonkra said he hopes to do everything possible to sail through successfully should the President re-nominate him.

Among the areas, he would focus more on if he gets the nod as the DCE are the provision of potable water at Yeji and Parambo/Sawaba, construction of town roads and improvement of the security situation in the area.

Our investigations show that Mr. Abonkra has greatly endeared himself to the hearts of many people in Pru East and is well known and cherished by people at the grassroots.