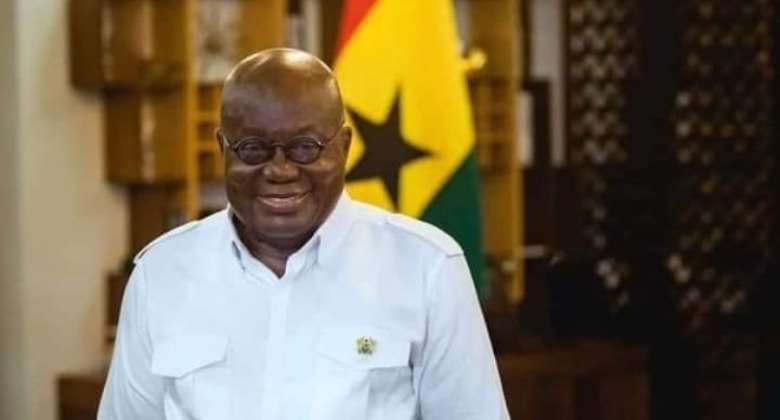 He said by taking a critical look at electoral systems and processes, ideas and actions would be taken to enable free and fair elections that guarantee accountable governance and peace in the region.

President Akufo-Addo noted that recent developments in West Africa, particularly the situation in Guinea and Mali, were undermining democratic growth and the quest to advance regional integration, and a timely solution should be found to deepen and maintain democratic governance in the ECOWAS Community.

Speaking on Wednesday at the opening of the three-day high-level Regional Parliamentary seminar being held in Winneba in the Central region, the President noted that elections in the region in the past 20 years had been largely free, fair and credible, and generally been well-acclaimed and accepted.

He emphasised that it was vital that “we maintain this reputation, and do not allow any manipulation of the electoral systems to achieve 'favourable' outcomes.”

“The perversion of the sanctity of the ballot carries with it the subversion of good governance. Good governance should and must imperatively exclude political manoeuvres to maintain power beyond constitutional requirements.

“Let us all be aware that, beyond that, the marriage between the elected and the electorate becomes forced, the environment becomes toxic, and the mandate becomes precarious,” he stressed.

President Akufo-Addo told the gathering that the authority of any elected public office holder was vested in the people, and this can only be legitimately expressed through free, fair and credible elections.

“That is why having dedicated nearly half a century of my life fighting for the entrenchment of democratic values in Ghana's body politic, the accession to power by any other means, other than the ballot box, remains, for me, wholly unacceptable, no matter the ostensible justification.

“This viewpoint is strongly affirmed by the ECOWAS Supplementary Protocol on Democracy and Good Governance, which we all are duty-bound to protect. The Protocol, quite rightly, frowns on shortcuts to power other than through the ballot box.

“Those who claim to have solutions to the myriads of problems confronting our countries should convince the populations to give them the chance, through the ballot box, to put their solutions to work. Sabre-rattling and unorthodox routes to power, as we know from history, do not necessarily produce durable solutions. The solutions of democracies are far more enduring,” he noted.

Stating that the strength of any democracy was determined by the credibility of its electoral process and respect for the will of the people, the President underscored the fact that instability had followed disputed elections in many parts of Africa.

He highlighted the need for all stakeholders in the electoral process to work to ensure that there were no lingering questions about the legitimacy of an election.

“There will always be winners and losers in an election; that is the system of governance we, in West Africa, subscribe to. It is painful enough to lose an election, I can testify to that; but the pain should not come with a suspicion of having been cheated.

The winner should be warmly congratulated and support extended to enable our many problems to be tackled. The winner will then have the peace of mind for the serious business of governance.”

Thus, the Community's legislative body, the ECOWAS Parliament, President Akufo-Addo said, must ensure that the principles of direct participation of the people in the election of leaders and the maintenance of electoral systems that capture the genuine will of the people was duly entrenched in the region.

Speaker of the ECOWAS Parliament, Dr Sidie Mohammed Tunis expressed regret on the recent instability in the Community in relation to elections, rule of law and for democratic governance.

He disapproved of the phenomenon of constitutional amendment before elections in some West African States, blaming the tweaking of constitutions to allow for third term presidencies for most of the stability challenges in the region.

He thus urged the Community's Parliament to fashion workable plans to improve the conduct of elections in West Africa.

Madam Jean Mensa, Chairperson, Electoral Commission of Ghana, also underscored the importance of elections in preserving the sanctity of democracy and the protection of the sovereign will of the people.

Though the region in the last decade had been encumbered with electoral procedural setbacks that marred the beauty of many elections, she emphasised that the bloc, and Africa at large, must strive to institute a standard that would deliver better elections that captured the true will of the people.

The Seminar is being held on the theme: “Two Decades of Democratic Elections in ECOWAS Member States: Achievements, Challenges and the Way Forward.”

The meeting will identify the deficiencies as well as good practices for conducting elections in Member States within the context of existing legal, institutional and material frameworks.

It will make recommendations for new frameworks and mechanisms to improve existing legal, institutional and material frameworks for conducting elections in Member States.