Bawumia is no match for Mahama – Wofa Adoma 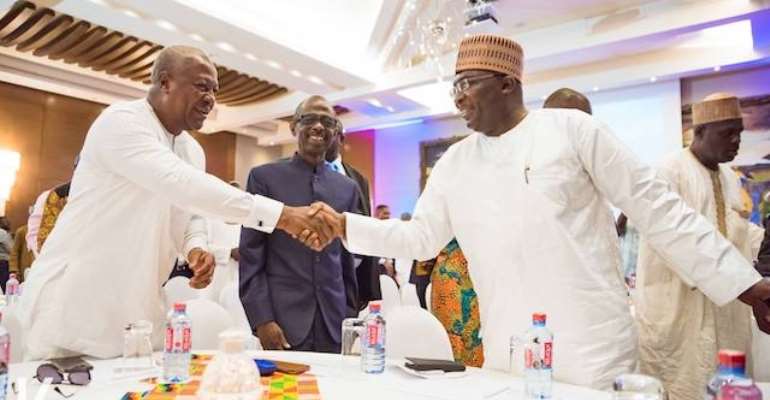 He thus urged elements within the New Patriotic Party scheming to impose Dr Bawumia on the governing party, to rethink their strategy.

In his view, the 2020 flag bearer of the main opposition National Democratic Congress (NDC), will make mincemeat out of Dr Bawumia should the duo clash in the 2024 presidential race.

“I can say on authority that former President Mahama will highly relish it if the Vice-president is made the NPP’s presidential candidate for the 2024 elections”, he said.

He told Kwame Appiah Kubi on Accra100.5FM’s morning show (Ghana Yensom) on Wednesday, 13 October 2021 that Dr Bawumia has lost credibility, adding that no political watcher will put their money on Dr Bawumia.

“The former president has what it takes to pull the breaks on Dr Bawumia as the NPP’s presidential candidate”, he argued.

“What is the trump card of the Vice-president if pitched against the former president”, he asked.

He reminded the NPP that Mr Mahama, as a former president, has a hold on all the regions up north, and, thus, wondered where Dr Bawumia could use as his political constituency, since, in his view, the Vice-president has lost credibility among the voters in the Greater Accra Region.

“I think that Mr Mahama will just have to wait to be inaugurated as the ninth president of the Republic of Ghana if the Vice-president emerges as the NPP’s presidential candidate in a few months to come”.