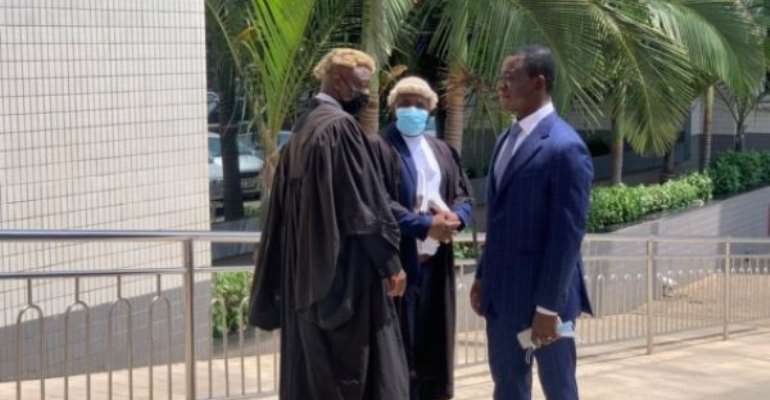 Lawyers for Stephen Opuni told Supreme Court’s enhanced panel on Tuesday, 12 October 2021 that Justice Clemence Honyenuga was just going through the rituals of a trial but had already made up his mind to pronounce the former CEO of Ghana Cocoa Board guilty in the GHS271 million financial loss case.

“He [Justice Honyenuga] had made his mind and was going through the rituals while waiting to pronounce sentence”, Mr Samuel Codjoe told the court as he argued against the Attorney General’s review application by which he is seeking to overturn the 3-2 majority decision of the ordinary panel, which led to the removal of Justice Honyenugu from the case.

His prohibition was based on an allegation of his open bias against the accused persons – Dr Opuni and businessman Seidu Agongo.

Justice Gabriel Pwamang, who wrote the lead judgment, concluded as follows: “The test is an objective one based on the principle that not only must justice be done, but it must be seen to be done. As the authorities say, bias is so insidious that the judge himself may not even be aware that he has a bias in the matter under consideration.

“It is for the reasons explained above that I hereby grant the prayer for prohibition in order that justice will be seen to be done in this case. Therefore, in conclusion, the application succeeds on both counts and is accordingly granted as prayed.”

He was backed by his colleagues, Justices A.M Dordzie and Tanko Amadu.

The five have been joined by Justices Gertrude Torkonoo and Prof Ashie Kotey, for the review hearing.