C/R: Most of President's MMDCE nominees get massive endorsement 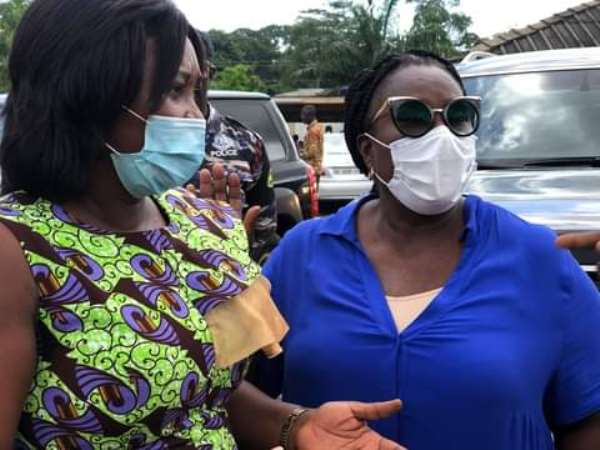 Most of the President's MMDCE nominees for the 22 Metropolitan Municipal and District Assemblies in the Central Region have received massive endorsement from their respective Assembly Members.

Unfortunately President's MCE nominee for Cape Coast Metro, Hon Ernest Arthur; nominee for Agona East, Hon. Hannah Asamoah, the nominee for Awutu- Senya West, Hon. Joseph Aidoo and the nominee for Ekumfi District Assembly, Hon. Ebenezer Monney were however rejected by the Assembly Members and are expecting to be confirmed at a later date.

The confirmations were generally peaceful except for Assin South District where there were some hitches soon after the confirmation of Hon. Felicia Ntrakwah Amissah.

The hot spots were Agona West Municipal Assembly and Ajumako-Enyan-Essiam District Assembly where Presiding Members had to be elected before the confirmation.

The Central Regional Minister Hon. Mrs Justina Marigold Assan was grateful to the Assembly Members for confirming the President's MMDCE nominees for the region expressing the hope that with unity and coexistence, the region was going to implement government's programmes and policies fully to enhance infrastructure development.

She noted that the NPP Government has all it takes to improve the lives of the people.

She expressed her gratitude to the various Paramount Chiefs in the Region for their unflinching support towards the confirmation of the MMDCEs.

"Am extremely happy about the overwhelming confirmation of MMDCEs. This landmark victory is for all of us in the Central Region.

"It is also an indication of the level of confidence Ghanaians have in His Excellency Nana Addo Dankwa Akufo Addo led NPP Government. With this, we are going to facilitate infrastructure development to supplement what is being done in every sector of the economy.

"I expect nothing less than collaborative effort between the MMDCEs, their Members of Parliament, Assembly Members, Nananom as well as all stakeholders to better the lots of the people in their operational areas," she

The MMDCEs assured the Regional Minister they would work assiduously to improve infrastructure development in their various Assemblies.

The Deputy Minister who doubles as the Member of Parliament for Gomoa Central assured her readiness towards full implementation of government's programmes and policies in her Constituency.

In a related development, the Deputy Minister for Interior, Hon. Naana Eyiah has commended Assembly Members in the Gomoa Central District for confirming Hon. Benjamin Kojo Otoo as DCE.