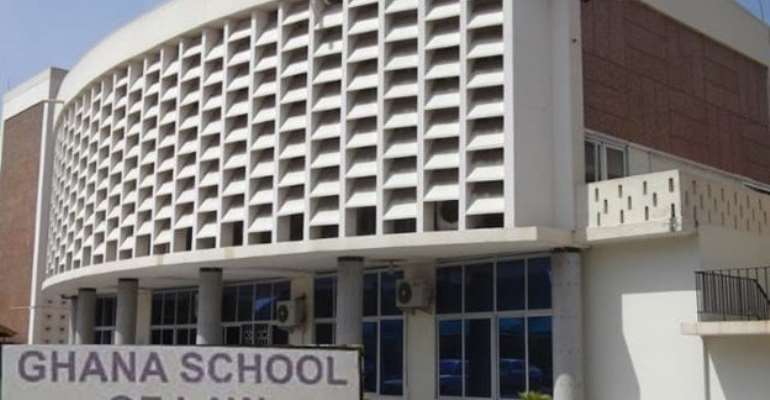 The National Union of Ghana Students (NUGS) has petitioned Parliament to order the General Legal Council (GLC) to provide raw scores of candidates who took part in the Ghana School of Law entrance exams for 2020 and 2021.

NUGS believes only a response from the GLC on the retrospective implementation of the new rules of the exams will resolve the perennial mass failures recorded during the professional law school entrance exams.

The union says its own independent checks show that the total number of students who passed the 2021 examinations stands at 1,289 and not 790 as the General Legal Council’s new regulations make it, hence, its petition to the legislative arm of government.

“We wish to petition your high office to order the General Legal Council to appear before the Constitutional, Legal, and Parliamentary Affairs committee with raw scores of the examinations from this year and last year.”

“Mr. Speaker, we deem it necessary for the raw scores of both the previous year and this year to be examined by the committee because we believe it will demonstrate whether the separation of scores from the two sections existed before the just ended examinations”, the petition read in parts.

Ordinarily, admission to the Ghana School of Law for professional legal education requires that successful candidates obtain a minimum rank of 50 percent, but the new directive meant some students were disappointed despite exceeding the 50 percent mark.

As a result, the 2021 Ghana School of Law entrance exams saw 28 percent of the LLB candidates gain entrance to Ghana's only institution for training lawyers, with 790 out of 2,824 candidates passing.

The poor pass rate has in the past sparked calls for a reform of legal education in Ghana. Critics have said the GLC deliberately restricts people from gaining access to legal education.

NUGS is of the view that “there is the need for Parliament to investigate the perception that the examinations are not a reflection of students performance but a drawbridge to limit access to legal education.”

“Mr. Speaker, if urgent steps are not taken to bring clarity to the issues concerning the allocation of scores and pass marks, these students may be unable to join their colleagues in time should investigations of the committee affirm our belief that they actually passed the exams”, NUGS added in its petition.