GJA congratulates Dampare on his confirmation as IGP 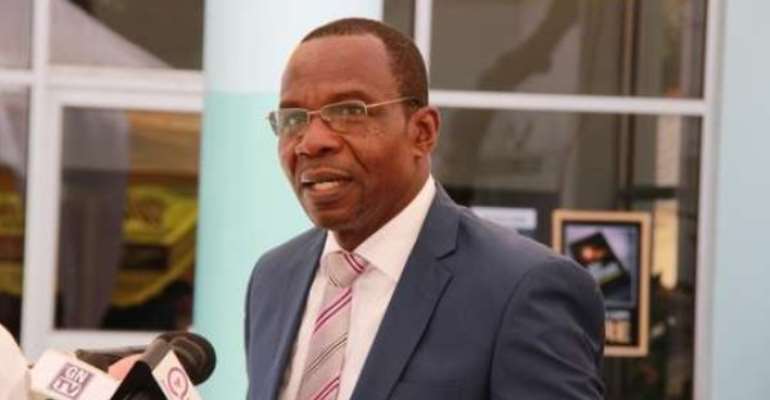 The Ghana Journalists Association (GJA) has embraced the appointment and confirmation of Dr George Akuffo Dampare as the new substantive Inspector-General of Police (IGP).

A statement signed by Mr Affail Monney, President, GJA and copied the Ghana News Agency, said the Association noted with utmost pride that Dr Dampare had become the first Honary Member of the GJA to occupy the most consequential position in the Ghana Police Service.

“As the saying goes, the ladder starts from the lowest step to the highest." From a low rank, Dr Akuffo Dampare has been propelled to the highest position of IGP by his infectious humility, professional discipline, intellectual development and tenacious pursuit of his dream,” it said.

The statement said these virtues, coupled with the depth of confidence in him as verbalised by President Akufo- Addo and the degree of support as expressed by the public, all vindicated the rectitude of GJA's decision to make Dr Akuffo Dampare its honary member.

It appealed to all journalists to maximally support their own to succeed.

The statement said GJA was of the belief that the best index of success would be the drastic reduction in crime rates, restoration of peace and security, and improved police- civilian relations.

It said the IGP had taken office at a time when crime, including daylight robbery was proliferating at a nerve - wracking speed.

His appointment should not only ignite hope of the public in the Police but more importantly give criminals the creeps in the sense that their days were numbered, the statement said.

It said one sure way to achieve this as well as define Dr Akuffo- Dampare's tenure was the ruthless clampdown, massive arrest and expeditious prosecution of such criminals so that Ghana would live up to her motto of a land of freedom and justice.