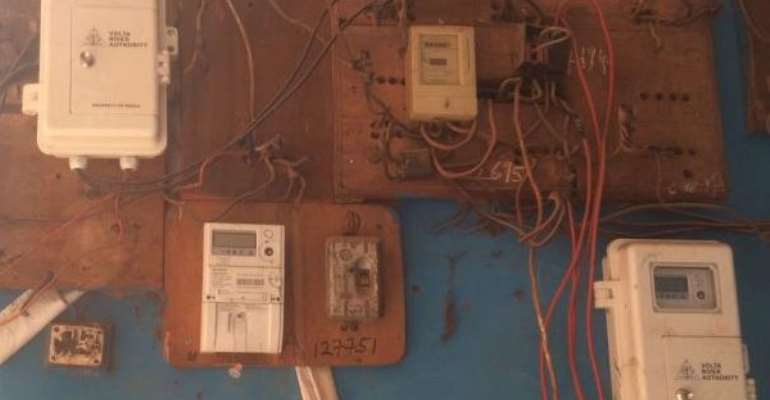 Corporate Communications Manager for Northern Electricity Distribution Company (NEDCo), Maxwell Kotoka has decried the losses they incur over illegal connections in Kabonwule in the Northern Region.

He revealed this in an interview with Samuel Eshun on Happy Morning Show (#HappyHMS) aired on e. TV Ghana and Happy 98.9FM.

“We suffer a loss of about 38% as we can’t account for the illegal power supply siphoned by residents of Kabonwule.”

According to him, the loss they incur is not fixed as it fluctuates based on the season. “Our loss is dependent on the season. For instance, during the raining season we don’t make much loss as compared to the dry season because they are farmers,” he said.

He disclosed that the residents of Kabonwule are not the only people in that vicinity involved in such acts. “Some communities are known for their illegalities whilst others are mild on that,” he added.

He assured that his outfit will work hard and clamp down on this illegality. “We will look for a sustainable measure because it is an endemic situation that needs an endemic solution. It is very difficult when the people in the community do not want to cooperate but we will find a way,” he concluded.

Northern regional correspondent for Happy 98.9FM and e. TV Ghana, Evans Manasseh in a recent interview with Sefa-Danquah via phone on the Happy Morning Show (#HappyHMS) revealed that over 80% to 85% of individuals living in the Kabonwule community have their light connected illegally even though they can go through the appropriate channels to get light legally.

The Energy Minister, Dr. Matthew Opoku Prempeh who is concerned about power theft in the country earlier last month set up and charged a taskforce to fight the menace of illegal electrical connections costing the nation millions of cedis.

He urged them to stay on their track and ensure that whoever is found culpable is not spared. “Whoever is caught stealing power must be put to shame. We won’t spare the taskforce team so do not spare the customer who steals power,” he said.