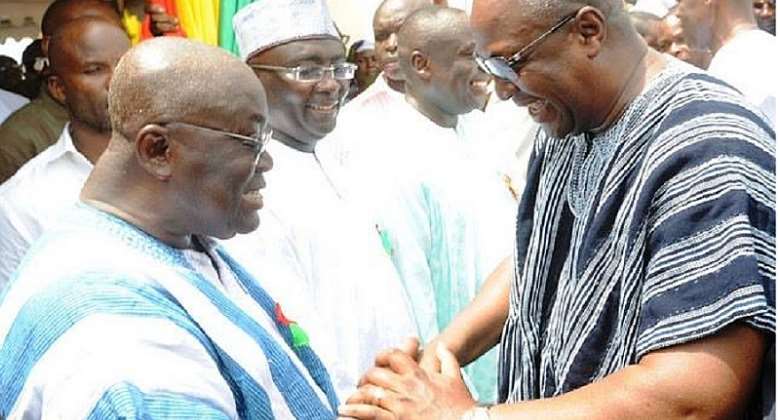 Ex-President John Dramani Mahama has launched a fresh attack on President Akufo-Addo in his tour again.

He said the President is running a free Senior High School policy when there are no jobs in the country.

The presidential candidate of the National Democratic Congress (NDC) in the 2020 general election is currently on a tour in the Eastern Region to thank all those who voted for him and the party in last year’s election.

Speaking during a meeting with chiefs today as part of the tour, Mr. John Dramani Mahama expressed worry over the hardships Ghanaians are facing in the country.

“Fuel costs are rising, every day the pump prices go up…This year many unions are unhappy with the negotiations that took place where a paltry 4 per cent was given to them,” the former president said.

Continuing, John Dramani Mahama hit out at President Akufo-Addo over his decision to run the free SHS when students only finish school to come and sit at home with no jobs.

“Even though you do free SHS you have no jobs for them to do when they come out. Times are hard and people suffering, food prices are going up, every day the prices are increasing.

“These are things that are not going on well and I believe Nananom (Chiefs) will speak about it,” the NDC leading members shared.

John Dramani Mahama says he will continue to acknowledge Nana Addo as the elected President of the country in spite of his rejection of the 2020 Presidential election results and the subsequently the election petition verdict.