IMF MD Georgieva to stay on despite allegations 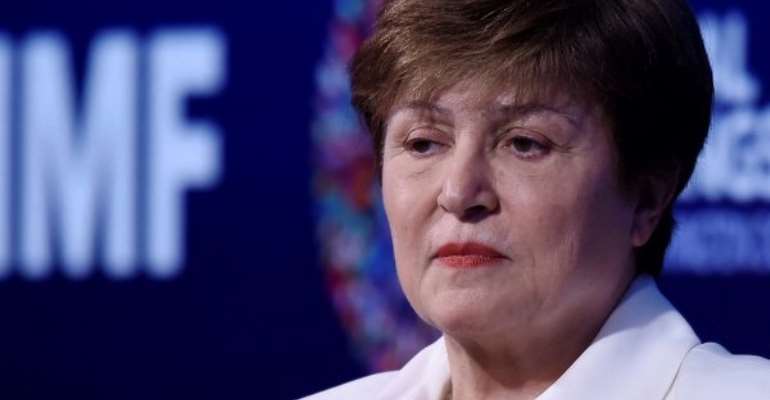 The supervisory body of the International Monetary Fund (IMF) expressed its "full confidence" in managing director Kristalina Georgieva amid allegations she was involved in manipulating a report in China's favour during her time at the World Bank.

The IMF's Executive Board said in a Monday statement that the information presented as it reviewed the allegations "did not conclusively demonstrate that [Georgieva] played an improper role regarding the Doing Business 2018 Report when she was CEO of the World Bank."

"Having looked at all the evidence presented, the Executive Board reaffirms its full confidence in the Managing Director's leadership and ability to continue to effectively carry out her duties," the statement said, adding that the board trusts Georgieva's "commitment to maintaining the highest standards of governance and integrity in the IMF."

A report published in September prepared by the law firm WilmerHale and requested by the World Bank's ethics committee said that during her time at the bank, "Georgieva became directly involved in efforts to improve China's ranking" in the Doing Business Report.

Georgieva is accused of having put pressure on employees in 2017 to prevent China from slipping in the World Bank's Doing Business ranking, according to the WilmerHale report.

The report suggests Georgieva and the bank's then-president Jim Yong Kim did not want to scare Beijing away ahead of an expected capital increase for the World Bank.

After changes were made to the data, Georgieva is accused of thanking the head of the unit in charge and praising their contribution to multilateralism.

Georgieva, who joined the IMF in late 2019, rejects the allegations.

The IMF statement said the fund's board met eight times to review the matter.

US Treasury Secretary Janet Yellen, who represents the IMF's largest shareholder, said Monday she spoke to Georgieva about the allegations but that the US sees no basis for a change in IMF leadership.

She did say however that a thorough, fair and timely review of WilmerHale's findings was essential and that the Treasury would closely follow any such review.

"The US believes proactive steps must be taken to reinforce data integrity and credibility at the IMF," Yellen said in a statement.

The alleged manipulation of data is a serious matter for the IMF and World Bank. The independent and apolitical collection and organization of data is a part of the core business of the Washington-based institutions.

The Doing Business report is said to contain some other irregularities in assessing other countries' business climates. The World Bank has announced it will abolish the much-cited ranking.