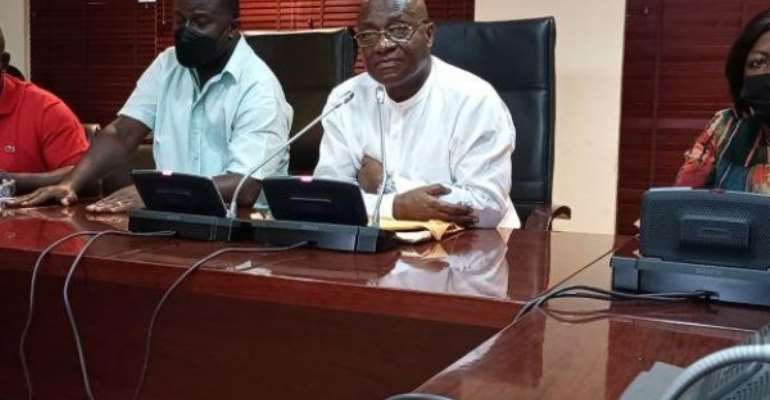 Ahead of the debate of the anti-LGBTQ Bill in Parliament, Majority Leader Osei Kyei-Mensah Bonsu on Tuesday said efforts by some people to legalise the LGBTQ practice in Ghana will be a waste.

Referring to the traditional, philosophical, religious and moral set of values of Ghanaians, the Leader quoted Article 125 of the 1992 Constitution of Ghana and said, “Justice emanates from the people.”

The House, he said, would therefore do what would satisfy the people that Members of Parliament are representing.

Addressing a press conference in Parliament House on Tuesday in Accra, Mr Kyei Mensah-Bonsu reiterated that Ghanaians, despite their different tribal and ethnic groups, had one set of values which abhor same-sex sexual and marriage relationships.

In recent times, there has been a public outcry against attempts by some foreign elements, with subtle support from some prominent Ghanaians, to legalize same-sex sexual relationships.

Disgusted at the move, a group of parliamentarians, led by Mr Sam Nartey George, MP for Ningo Prampram, are sponsoring a Bill to the Parliament, to criminalize LGBTQ practices in Ghana.

The Bill is currently before Parliament and discussions on it by the House is expected to begin when the House resumes from recess on Tuesday, October 26, 2021.

Earlier, Speaker of Parliament Alban Sumana Bagbin at a meeting with anti-same-sex relationship groups, indicated that the House would act in agreement with the values and morals of the majority of Ghanaians.

At the press conference, Mr Kyei Mensah-Bonsu said the issue about LGBTQ was not only a matter for the Majority or the Minority, but one for the entire House.

He said futile attempts were made to bring in the Leadership of the Minority Caucus to join the Majority at the press conference.

The Leader said as representatives of the citizens of Ghana “in Parliament, we will not turn our back on the people… We will stick to the values that guide us in life.”

He announced that the House would device means to ensure that the public participated widely in the discussions of the Bill when it is being considered by the House.

Mr Kyei Mensah-Bonsu appealed to the public to cut off emotions from their contributions to ensure rational discussions.

The 38-page bill before parliament, among other things, stipulates that, people of the same sex who engage in sexual intercourse are “liable on summary conviction, to a fine of not less than seven hundred and fifty penalty units and not more than five thousand penalty units, or to a term of imprisonment of not less than three years and not more than five years or both.”

The Bill targets persons who “hold out as a lesbian, a gay, a transgender, a transsexual, a queer, a pansexual, an ally, a non-binary or any other sexual or gender identity that is contrary to the binary categories of male and female.”

As part of its provisions, the Bill outlines that a flouter can be sentenced to a jail term of not less than six years or not more than ten years imprisonment.