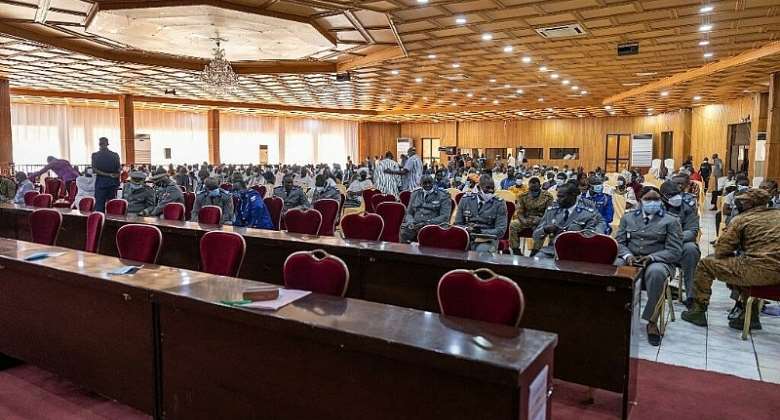 The trial of 14 people accused of plotting the assassination of Thomas Sankara, a revolutionary leader and former president of Burkina Faso, opened Monday, then adjourned for two weeks after defence lawyers asked for more time to prepare their case.

The military tribunal opened 34 years after Sankara was gunned down in one of the most infamous killings in modern African history. The trial offers a chance to find out what really happened.

A charismatic Marxist revolutionary widely known as "Africa's Che Guevara", Sankara served as president of Burkina Faso for a few months in 1983, before being deposed.

He was killed, along with 12 others, by a hit squad on 15 October 1987, during a coup led by his former ally Blaise Compaore.

Compaore, who went on to rule Burkna Faso for 27 years before he was ousted in a popular uprising, is the main defendant in the trial.

Currently in exile in neighbouring Cote d'Ivoire, he has been charged with complicity in Sankara's death, for which he has denied any involvement.

His lawyers said he would not attend the trial, which he has characterised as political, and Cote d'Ivoire has refused to extradite him.

Compaore's former head of security, Hyacinthe Kafando, is also being tried in absentia, along with 12 other defendants who appeared at the hearing at the Ouaga2000 conference centre in the capital, Ouagadougou. They have pleaded not guilty.

After several hours, the hear was adjourned until 25 October at the request of the defence lawyers, who requested a one-month postponement. They said they were confronted with 20,000 documents and had had little time to prepare their case.