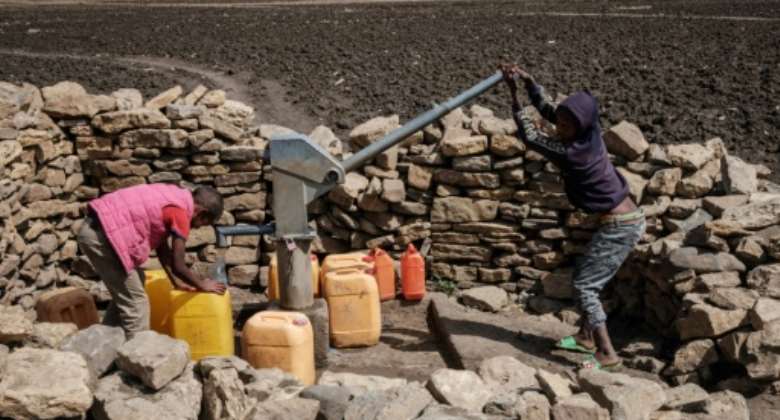 The war in northern Ethiopia has driven hundreds of thousands of people into famine-like conditions, according to UN estimates. By Yasuyoshi CHIBA (AFP/File)

The UN's migration agency has put its Ethiopia chief on administrative leave, citing "unauthorised interviews" in which she complained of being sidelined by UN higher-ups she claimed were sympathetic to Tigrayan rebels.

The departure of Maureen Achieng, confirmed in a letter dated Monday and seen by AFP, risks further undermining an aid response still shaken by Ethiopia's decision last month to expel seven other senior UN officials for allegedly "meddling" in its affairs.

It comes more than 11 months into a brutal war in northern Ethiopia that, according to UN estimates, has driven hundreds of thousands of people into famine-like conditions.

Last week, multiple recordings surfaced online of Achieng and another senior UN official granting a lengthy interview to Jeff Pearce, a writer who has published multiple articles defending the government's conduct of the war against the Tigray People's Liberation Front (TPLF).

In the recordings, Achieng, the International Organization for Migration's Chief of Mission to Ethiopia, tears into colleagues who "descended on" Addis Ababa after the war broke out last November and, in her telling, sidelined officials on the ground.

She also calls the TPLF "dirty" and "vicious".

At one point she accuses the rebels of plotting to have Tigrayan migrant workers facing deportation from Saudi Arabia sent to Rwanda.

"And then you don't know what guerrilla movement starts from Rwanda. I mean, it's dirty," she says.

She also vows never to return to Tigray.

In an internal note to colleagues last week, also seen by AFP, Achieng said she was "deeply disturbed and disappointed" by the audio, which she said had been "surreptitiously recorded and selectively edited."

However at several points during the interview the participants openly discuss that it is being recorded.

"The opinions attributed in the audio recordings to the staff member do not correspond to IOM's principles and values and should not in any way be considered as expressing IOM's positions," it said.

The letter, which does not refer to Achieng by name, says she was "immediately recalled" and "put on administrative leave" pending an investigation.

COVID-19: Government to announce more measures ahead of Chri...
5 minutes ago