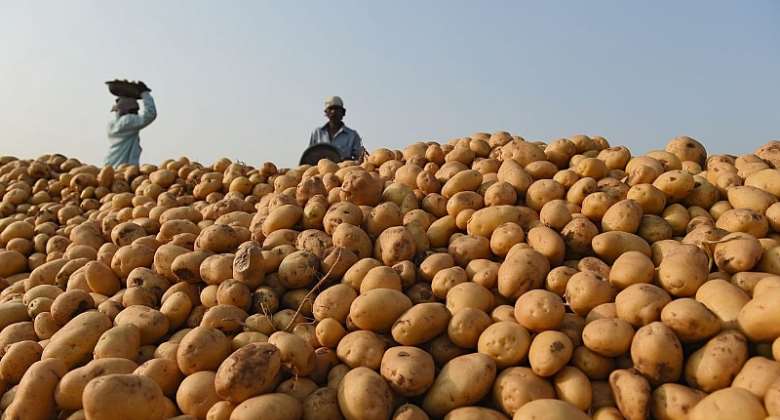 The Upper Manya Krobo District Office of the Department of Agriculture in collaborated with the Council for Scientific and Industrial Research - Crop Research Institute (CSIR- CRI) has organized a day's capacity building workshop for sweet potato farmers at Asesewa in the Eastern Region.

The workshop was aimed at enhancing the knowledge base and skills of the farmers on the new ways of farming to increase productivity. It was also to introduce to them some new varieties of sweet potato.

The participants numbering about 30 were drawn from various sweet potato growing communities such as Akorkorma Sisi, Akrusu Siasi, Puorkper and Akateng Manya all in the district.

Taking them through the new ridge and mound methods of cultivation, a Technical Officer at CRI, Joseph Awoodzi said the two are best in recent times and must be taken seriously to increase their yields.

This, Mr Awoodzi noted that is a clear manifestation that these new methods produce more yields than the old flat method. He reminded the farmers of the Recover - Up System in preventing diseases and pests from attacking their farms.

A Director at the CSIR, Kwadwo Adofo who introduced the variety of potato called Orange Fleshed Sweet Potato (OFSP) known locally as "Apomoden" to the farmers says it is quick profit yielding as it takes only three months to mature for harvesting.

He emphasised that it also contains all the nutrients and vitamins needed for healthy human growth.

The Upper Manya Krobo District Director of the Department of Agriculture, Hilary Alagbo entreated the participants to take what they learnt at the workshop seriously and also help to impart the knowledge acquired to others who couldn't make it to the workshop. By so doing, there would always be production available to take care of the high demands for sweet potatoes.